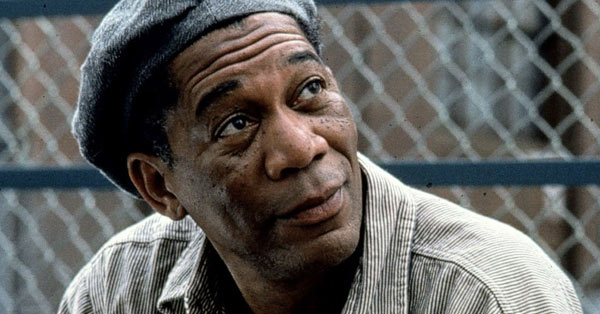 It doesn’t sound like when trying to think of who could take over as Hollywood’s greatest narrator, does it? Morgan Freeman’s voice has been such a great addition over the years to so many different projects that it’s easy to think that he should be able to make a living on his narration skills alone without ever having to act again. But at some point, Freeman is going to be too old, too worn down, or too something and will need someone that can step up to the plate so to speak, and take over. James Earl Jones would be another great narrator, as would Patrick Stewart, but both of them are getting up there in years as well, so it’s a little more likely that picking someone who’s not insanely young but still younger would be a good idea. There are plenty of actors that have taken to narration a time or two, and the best are usually those that get someone into the story without having to say quite as much. Of course, if they’re anything like Freeman they can put people at ease no matter how much they speak.

Here are a few individuals that might be able to replace Morgan Freeman when it comes to narration.

It’s easy to forget that he’s done a bit of narration in his time since a lot of people like watching him in live-action since he’s a great actor that’s been around for a while and can be friendly or menacing in equal measures. Keith might not do it simply because showing up on camera is a little more effective in his case given that people respond to him in a big way and happen to enjoy his characters. But his voice is deep enough even if there’s a very different quality to it than Freeman’s. Keith’s voice does have a certain edge to it that’s there in Freeman’s voice, even if it’s not quite as pronounced.

Law has a type of silken tone that can’t be ignored since he can be a very smooth talker when he wants to be and can use his voice to great effect. Whether he would ever consent to narrate more movies and possibly TV shows is hard to say since his career kind of comes and goes in the public eye, but it would be nice to see him take on more narrating roles since he does have the voice for it. There’s something about his tone that’s not entirely challenging but does compel a person to listen since it would appear that there’s a little more to hear by the way he positions his words and uses his tone to leave one hanging just enough that they want to learn more.

His deep voice and the ability to capture the attention of the audience isn’t hard to see, but it does feel as though he might need to build up a bit of a following since his narration skills aren’t really lacking, but it feels as though they’re not as fully developed as they could be. Laurence is a good actor and he’s been a lot of fun to watch over the years in his many different roles, but thinking that he would be a great narrator is kind of a subjective matter since some folks don’t think much of him as an actor. But it does appear that he could make this work given that his pitch and tone would be on point.

It kind of feels that Sam would have to narrate certain stories that would benefit from his laid back type of voice, since if he did as much as Freeman has done then it might be kind of awkward given that he’s more of the country, easy-going type of guy that is just as relaxing, but might not be the right fit for certain movies that he wouldn’t even star in. But there are plenty of stories out there that would benefit from his inclusion and would likely be the perfect role for him. He can narrate with the best of them, but picking out movies that would suit his style would be an important thing to remember.

Somehow Jeremy Irons has a classic storytelling voice that feels as though it would be far different than Freeman’s since it is, but would also be kind of fun to listen to since for suspense, thrillers, or even horror and science fiction it feels safe to say that he could fill another niche that would be almost entirely welcoming. Having him as a narrator would likely usher in a new era of narration if he took things that far, but it would be intriguing all the same since he does have an interesting voice.

But yes, no one can beat Morgan Freeman right now.