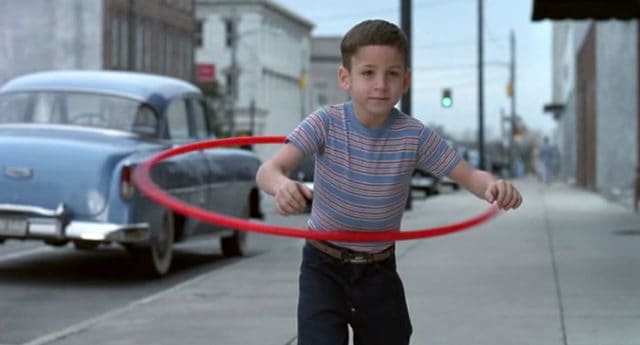 It’s such a simple invention and yet the Hula Hoop has been around for quite some time, and has even made an appearance in a few movies. It’s managed to outlast other toys that were thought to be more popular and has almost always been one of those go-to items that might not be at the top of the list but is still reliable and almost always there. The Hula Hoop isn’t as easy as it looks however since it relies almost entirely upon the gyrations of the user and the focus that one has to keeping it moving. If you can move your hips just right and keep that motion going then it shouldn’t be too hard. Some people can even do multiple hoops, but just doing one seems good enough for a lot of people.

Here are a few movies that show just how fun they can be.

There’s only so much that a group can do onstage before it starts looking like a hot mess. The girls are definitely on their game and have a lot going but eventually it just becomes too much and looks like a wild riot of motion and sounds like a lot of noise. To make matters worse one of them forgets about the pyro in the background and wanders right into it.

Two young girls decide to light out and take a trip to find the former First Lady Eleanor Roosevelt on a trip that seems destined to change their lives forever. This story takes place in 1962, the same year in which Eleanor passed away in fact. The girls experience a wild ride that has plenty of twists and turns and yet isn’t as carefree as they would have liked.

There is a scene of Arnold Schwarzenegger trying to use a Hula Hoop in this movie, I swear, but the scene is so short that finding it was a pain. The movie itself is pretty cute since it shows a softer side of Arnold, eventually, and proves that he wasn’t just bound to do action movies for the rest of his life. Plus it’s filmed in the Pacific Northwest, which was just too cool.

2. Alvin and the Chipmunks

So it’s in French, big deal, you get the point about Alvin really wanting a Hula Hoop. It’s just too bad that for a guy his size he has to use whatever he can find, which would include the ring used for the dish towels. Well, Dave managed to sew them some nice clothes, maybe he could engineer a miniature Hula Hoop for Alvin while he’s at it.

Not only is this movie about the invention of the Hula Hoop, it’s a look into what life can become if you allow success to go to your head. Nothing defeats a person like success, as the saying goes, and nothing breaks you down more than being successful all the time. It’s an odd lesson to have to learn, but one that brings about a good deal of humility to those that need it.

It’s interesting how the Hula Hoop can just show up in a movie and be either a background prop or something of great importance.