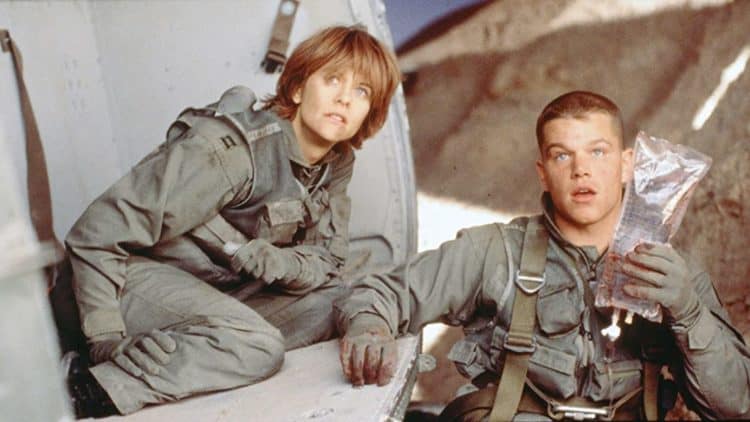 There are several reasons why actors don’t do their own stunts, and one of them is that there are times when stuntmen and women tend to take way too much damage. But the trick is that they’re usually there because they know how to advise on the safety and overall security of a stunt, meaning that they’re trained, they’re smarter, and they’re a lot wiser when it comes to stunts since it’s not just their livelihood, it’s how they help others to remain safe on the set as well. But there are times when an actor has to be present for a stunt for one reason or another and there’s nothing else to be done for it. One would almost think that this would be a moment when the actor might take all the possible precautions necessary to ensure that they would come out the other end with as little damage as possible. The downside of this line of thinking is that a lot of people do attempt to make things as safe as possible, but there are variables that don’t always get considered, and accidents that can and do happen from time to time. But when it comes to the livelihood and health of the actors, one might think that they’d take every possible step to stay as safe as possible.

Here are a few stunts and how they affected the actors that did them.

5. Ellen Burstyn was harmed by a harness she was wearing on The Exorcist.

Recall the moment that the mother in this movie was flung across the room. That was done by a harness that eventually started to hurt as one can imagine since the force used and the harness itself was harming the actress to such a degree that the duress you see on her face in the movie is real. This wasn’t the only thing in this movie that was a little too real since Linda Blair suffered as well thanks to the violent motions that her body was forced to go through after a while. Considering when this movie was made it’s easy to think that they weren’t being as safe as they could and that they actually helped to further the need for innovative practices.

4. Matt Damon’s body was nearly wrecked from his diet for Courage Under Fire.

This is one reason why actors need skilled dieticians that can help them lose or gain the weight they need for a role since Damon went on such a maniacal diet that his metabolism suffered for it and his body was nearly wrecked for quite a while after this movie. One thing that actors don’t need to be doing is mucking around with their physical health, especially since a lot of them don’t really know what they’re doing no matter that they might have done similar things for various roles. The use of those that have been taught and schooled in such practices is highly important when it comes to losing or gaining weight responsibly.

3. Ricardo Montalban suffered a spinal injury on the set of Across the Wide Missouri.

This could be chalked up to an accident that didn’t need to happen but did since there’s no way to know what’s going to happen when an actor is on a live animal, even if they’ve been raised on horses for most of their life. A living animal being used on a film set is still going to be a little unpredictable at times and it’s not bound to happen every time, but falling from a horse is something that can be pretty serious if a person falls wrong. And just in case you’re wondering, yes, a person can fall wrong and they can fall right, no matter if your fall isn’t a planned one.

This is a pretty extreme case since Brandon Lee lost his life for this stunt, but it had more to do with the improper loading of a blank round than anything. The rules regarding this kind of thing have changed quite a bit since this incident, especially since no one knew that he’d really been hurt until he didn’t get up. At one point everyone thought that he was really committing to his death scene, but obviously this wasn’t the case. The movie went on to become a cult classic, but it’s been thought quite a few times that it might not have been an accident, no matter that the conspiracy theory hasn’t ever taken firm hold with that many people.

1. Jackie Chan, just watch any of his movies.

How Chan is still walking around to this day is amazing since the guy has broken so many bones and suffered through so many injuries that to see him up and moving around is kind of surprising. But after seeing him take the kind of damage he has and still get up to keep going it’s enough to just shake your head and think that he’s one tough individual.

Stuntmen and women are there for a reason, just saying.