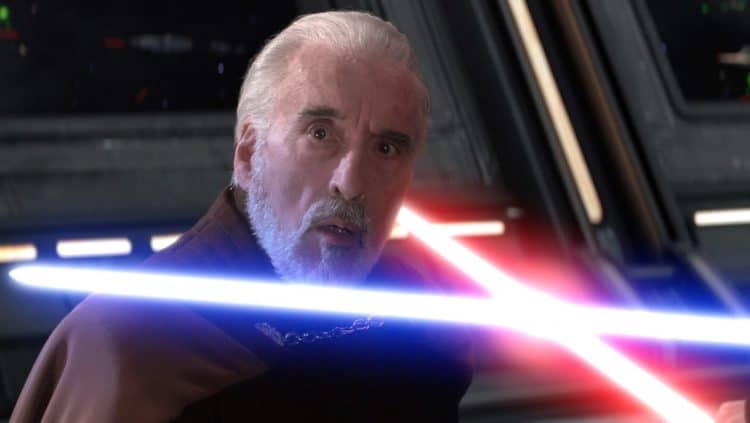 Good villains are a great element for a great movie, but once in a while, they appear in forgettable movies too. They might not have been enough to save the movies they were in, but they certainly were a redeeming quality. It’s always fun to look at the most sinister villains from the greatest films, but it’s time to shake things up a bit. Let’s take a minute and look at the five good villains from forgettable movies. To qualify for this list, the movies have to be known for their mediocre or average reviews, regardless if the have a strong fanbase. I will be taking a look at movies from major franchises so if you’re a movie junkie like me, stick around. Let’s do this.

2012’s Snow White and The Huntsman had a lot of potential, due to its fantasy setting, but it just  fell a bit short of being memorable. A lot of it had to do with Kristen Stewart’s dull performance, but thankfully there was another female super star to upstage her. Charlize Theron played Queen Ravenna, the evil and cunning femme fatale. This villain spent a lot of time screaming and barking orders, but her villainy lied in her own beauty. She was the sly seductress, easily manipulating men to do her bidding, and subsequently killed them out of hatred. Her very beauty was basically just a mask to hide her true form: a very old woman on the brink of death.

She concealed her true form though the use of dark magic. She used her skills as a sorceress to murder Snow White’s father and claim the throne for herself, plunging his kingdom into a decaying wasteland. Her ultimate goal was to consume Snow White’s heart so she could absorb her youth, making her young and beautiful forever. She was defeated a bit too easily, but seeing her in action was pretty fun. The strength in this character came from Charlize Theron’s exceptional performance. She has the beauty of a femme fatale and had the acting chops to pull it off.

The trailers for Alien: Covenant promised us a seemingly solid addition to the Alien franchise. It looked like it wanted to return to the original horror roots that made the first Alien movie a gargantuan success, but that’s sadly not what we got. One of the saving graces of the movie was David, the android who served as the main antagonist alongside the Aliens. When he debuted in Prometheus, he was more like an unwilling servant to Peter Weyland. Although the film’s ending implied he was going to take a different turn, Covenant turned him into a full-blown villain.

What made David intriguing was his childlike interest in humanity, even developing feelings for Elizabeth Shaw. His mindset slowly revealed to be that of a sociopath, as he confessed that he killed Shaw for the purpose of research. What made his actions all the more deplorable was his act of genocide against the Engineers, releasing the black liquid on the entire planet. He did all of this while claiming to feel empathy and love for those he killed, giving him an extremely creepy vibe. Michael Fassbender played this character to perfection, blending his apathy and supposed compassion together, delivering a truly unhinged villain. If he returns for a third movie, he may be the saving grace yet again.

The Planet of the Apes franchise has had one bumpy road. It went through some significant reboots, retelling the origins of how the apes rose to power and how they began to speak. Tim Burton’s 2001 film gave us the most confusing origin story for the apes and one of the most mind-boggling endings in film history. The weight of the film was mostly carried by its villain, General Thade, played by the underrated Tim Roth. Roth became totally unrecognizable when he became the murderous chimpanzee, putting on a deep, fear-inducing voice added by some occasional hissing.

Thade had a burning hatred for humans and too his prejudice to the extreme. He delighted in treating humans like slaves and even desired to wipe them out completely. His status as a feared and ruthless military leader was so great, he even bossed around much bigger gorillas. When he was calm, he was still intimidating and when he lost his temper, his primal instincts took over. Chimpanzees are known to be quite ferocious when provoked, and Thade showed that kind of ferocity. The difference is he had a brain to actually think for himself and be methodical. He is not the biggest villain, but he didn’t need massive size to be a threat. He is one chimp you don’t want to mess with.

2. The Sheriff of Nottingham (Robin Hood: Prince of Thieves)

The story of Robin Hood was always a fun tale, which involved an English outlaw who stole from the rich and gave to the poor. Kevin Costner’s version of the character was exactly that, except he didn’t have an English accent. Robin Hood spoke like plain old Kevin Costner, despite being a character from England. This was beyond confusing and took us out of the movie, but its villain was the exact opposite from its hero. The Sheriff of Nottingham was Robin Hood’s chief rival in the film, declaring him an outlaw while getting rich off of the people of England.

What made this character memorable was the performance of the late Alan Rickman. Along with a voice so intoxicating it can put you to sleep, The Sheriff was a unique kind of villain you can actually laugh at. He was vile one minute, but then acted silly in the next, adding some unexpected humanity to his character. His overall facetious attitude prevented him from being a one-dimensional villain, despite his cliche desire to claim a throne. He was the typical greedy and corrupt lawman, but Rickman’s performance added those complex layers, separating him from his fellow gold-digging villains who are in the same realm.

When it comes to villains and Star Wars, Darth Vader instantly comes to mind. He just so happened to be put in the good movies of Star Wars, while certain villains were trapped in the lesser ones. One of them would have to be Count Dooku, Vader’s predecessor. Much like Vader, Dooku was a Jedi before he joined the Sith. Unlike Vader, Dooku became disillusioned with The Jedi Order and their ideals, eventually deciding to become Darth Sidious’ apprentice. His former status as a Jedi Master vastly separated him from other Sith lords, as he retained a small fraction of his honor. While he was an intimidating physical force, Dooku was a highly charismatic political leader, acting as the Head of State for The Confederacy.

The biggest tragedy for Dooku was his descent to villainy. Attack of the Clones didn’t give him enough screen time to explain why he willingly chose the dark side. While Anakin had to be heavily manipulated into joining the Sith, Dooku saw the Jedi, the Galactic Republic and the Senate as a failed, broken system that needed to be replaced. He recognized that the galaxy needed correction and as a political idealist, aspired to bring balance to it by any means. If this meant joining the Sith, then in his mind, it was necessary. His development is one of the many missed opportunities the prequels failed to expand on. Despite that, Count Dooku will remain as one of the franchise’s best villains.