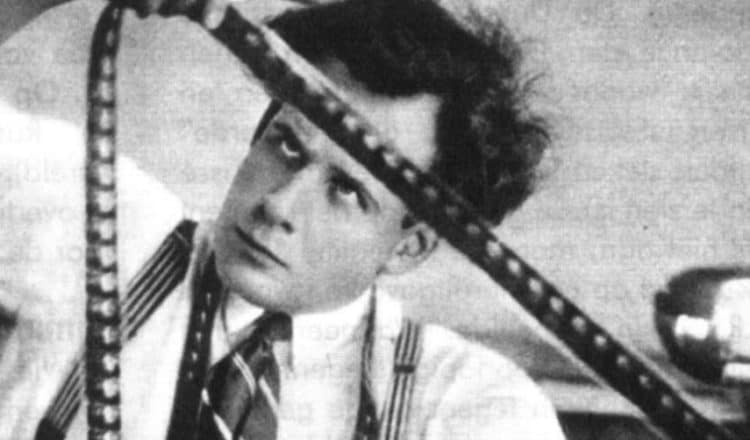 With the amount of films that can win Best Picture expanded to a possible ten in 2009, the most controversial categories in the Oscars currently are either the acting races or the Best Director award. In the later category, with the snub of Greta Gerwig, Lulu Wang and Marielle Heller, the hashtag #oscarssomale has reared its head once again, asking why the Academy believes that women are not deserving of the nomination.

Perhaps these women (and others) can take some solace and inspiration from the list we have created below, highlighting five iconic directors who were never nominated for Best Director and whose work was almost completely eschewed by the Academy. Whether its due to the nature of their material, the era they worked in or the country they came from, these directors failed to connect with the Hollywood elite; displaying how, at the end of the day, that while perusing the Academy Awards can be a useful tool for cinephiles, it is no clear indicator of true quality and one should always expand their cinematic notions beyond both popular opinion and the Anglo-American viewpoint of the Academy Awards.

Read on below to see which five directors we picked. If you disagree, feel free to sound off in the comments below.

Godard may have been a man obsessed with Hollywood — his debut film Breathless starring a killer styling himself after Humphrey Bogart — yet Hollywood has never been obsessed with Godard in the same way. Despite creating possibly the greatest filmmaking decade of work in the 1960s with films like Masculin/Feminin, Made in U.S.A., Two or Three Things I Know about Her, Weekend and countless others, Hollywood has never bitten and nominated the French-Swiss director for a single award.

Perhaps if he had continued down his 60s route the tide would’ve changed with Godard, yet his lurch in the 70s and 80s towards Brechtian forms of storytelling, hardcore communism and experimenting with video tapes make him a difficult, sometimes impossible watch. While Godard did win an Honorary Oscar in 2010 (he didn’t attend the ceremony), this was seen more of a consolation prize for a body of work that has often existed in opposition to, and deeply critical of, Hollywood. Perhaps to even acknowledge him would be for the Academy to actually criticise itself; something unlikely to happen soon.

The Soviet Union’s most notable director and the genius behind personal, enigmatic and haunting works such as Ivan’s Childhood, Andrei Rublev, The Sacrifice and Solaris, was never nominated for an Oscar, not even best Foreign Language film. During the Soviet era this went to melodramas such as Moscow Doesn’t Believe in Tears and epics like War and Peace, fine films in and of themselves, but perhaps easier for the Russians to package for Hollywood consumption. The Soviet authorities didn’t help him much, censoring his work, limiting his output and only submitting Ivan’s Childhood for the Best Foreign Film Award (it wasn’t nominated).

Times have seemed to change however. Given the current success of Andrey Zvyagintsev, who has made a career out of portraying Russia as a miserable place through ponderous tracking shots, and has been nominated twice for Best Foreign Language Film, one could argue that Tarkovsky would’ve easily been more successful in the present era.

One of America’s greatest genre filmmakers, and the man responsible for classics such as Carrie, Scarface and Mission: Impossible, Brian de Palma cannot lay claim to any personal Oscar success. While The Untouchables, perhaps his most conventional film, was nominated for four Academy Awards, Brian de Palma hasn’t personally received the honour, making the acclaimed director’s lack of personal awards love quite strange.

Perhaps it’s due to the violence and sexual maturity of his work, often dealing with depraved men and women at the end of their tether. Or perhaps it’s due to the way he works with genre, uninterested in genres Hollywood loves such as the biopic, serious dramas or large historical epics. Either way it’s hard to find an American director more worthy of at least one or two Best Director nominations. Now struggling to find funding, and his last film, Domino, being a total flop, it’s unlikely that De Palma will have the comeback he deserves.

The pioneer of the montage and inspiration to countless filmmakers, Sergei Eisenstein’s influence can be felt over the fabric of cinema itself. Nonetheless, the Soviet filmmaker behind key film text Battleship Potemkin — made in 1925, two years before the Oscars began — and historical epics such as Alexander Nevsky and Ivan the Terrible, was never nominated for a single Academy Award.

Given Hollywood and the Academy Award’s history, this isn’t much of a surprise. Eisenstein worked at a time when foreign films barely made a dent in Hollywood — after all the Best Foreign Film Category was only started in 1947, giving foreign filmmakers in the 30s and early 40s little to no chance to win honors in Hollywood. Now there are many more opportunities for foreign filmmakers, as the success of Cuaron, Del Toro and Iñárritu has shown. Thankfully Sergei Eisenstein fared much better in his native Russia however, winning two Stalin prizes and even the Order of Lenin — the highest order bestowed upon Citizens of the Soviet Union.

It’s hard to be a successful woman in Hollywood, as evidenced by the latest batch of award nominees. It’s even harder to be a female director from another country in Hollywood. Take the case of Claire Denis. She is one of the boldest contemporary filmmakers, works such as Beau Travail and 35 Shots of Rum showing a unique sensibility and uncompromising artistic vision.

Nonetheless, the French auteur, who made the transition to English-language cinema with 2018’s brilliant High Life, has found no love with the Academy whatsoever. Even the French themselves are barely interested, only awarding her one César for Best First Film for 1988’s Chocolat. Therefore, despite her inherent brilliance, it’s frustratingly hard to imagine the auteur finding any awards love soon.