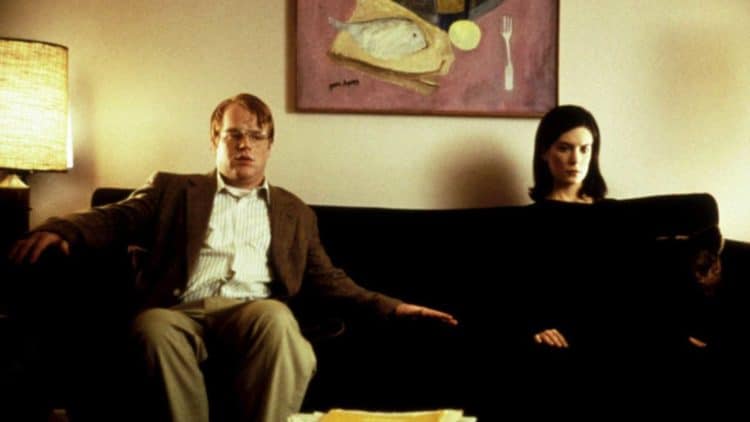 To be certain, some folks will watch movies over and over in an attempt to either understand them or just because they happen to find certain moments a bit haunting and need to see them more than once to fully understand them. But there are movies that once they’re watched are difficult, if not impossible, for some folks to watch again. It could be the way the movie hits a person in the feels, it could be that the content is just disturbing enough that a person doesn’t want to experience it again, there are a lot of factors that go into such a decision. But overall it’s typically that people don’t want the experience that the movie put them through again, even if the movie was a high-quality picture that many would agree is both provocative and insightful. It might sound odd to think that a movie that makes us think, that creates the kind of reaction that many would call masterful, would be the type that we would prefer not to see again, but in some cases, it’s simply that we managed to get the point the first time around, and watching it again might sully it a bit. Plenty of people likely still watch these movies from time to time in an effort to remember them or perhaps glean a little more from each scene that they enjoyed. But overall, some of these movies are best enjoyed once before shelving them again.

Here are some of the most high-quality movies that people tend to watch only once.

The story of three friends that were at one point enjoying themselves, laughing, and waiting anxiously to do their part in Vietnam became a story of horror and such abject humiliation and pain that it was likely a bit rough for a lot of people that had been through a similar experience to watch. Many stories having to do with war tend to make some people a bit leery, especially if they’ve been in the service and have seen combat, or know those that have. As movies go this was one of the many that became a classic after a while, but there are scenes that are still hard to watch even to this day.

As provocative as this movie really is, the scenes with the enormous spiders are bound to be what people find the most disturbing since realistically a lot of people have a deep and very visceral fear of spiders for their own reasons. But the whole idea of Adam and Anthony being the same person yet different people at the same time is bizarre and troubling, but it does bring up a great question of morality and deceit that the movie builds on throughout its length. By the end of the movie no one is really seen to be the victor of any situation and it does appear as though, be it moral or not, life simply goes on in a very disappointing way.

3. Manchester by the Sea

A lot of people have no trouble stating that they’re rooting for Lee throughout the movie since the guy has had a rough life and on top of it all he still feel the guilt and shame of having caused the fire that kills his children, albeit without any intent to do so. But his relationship with his nephew Patrick still can’t go forward since Lee can’t find a way to forgive himself and just move on. It’s difficult to live each day after the next when you don’t want to die but can’t find much of a purpose for reaching out to others either. To his credit, Lee does try very hard to make things work, but by the end of the movie, it’s obvious that while he’s making the effort, he’s just not there yet.

There are a lot of folks in show business that would gladly say that this isn’t their experience and that they don’t know anyone that becomes so lost within the idea and the design of the business that they become hopelessly entangled with no way out. But stories such as this exist for a reason since there are those that give up everything to the craft and in the process start to lose who they are and even willingly give up the perspective that was keeping them grounded in that one particular manner. By doing this unfortunately one tends to surrender everything to the story and in a sense, gives up almost everything in the process.

There’s a definite reason why people might not make it past this one opening scene that often, and it’s because it’s just saddening enough to break a person’s heart when Carl and Ellie are so in love and so devoted to each other, but Carl has to make the trip through the movie on his own after her passing. From their childhood, all the way to their parting one can just imagine their story and the adventure that their life was together, but two key moments, when Ellie was told she couldn’t have children, and when Ellie passed away, leave this as one of the movies that people can’t help but feel is best left alone after seeing it once.

Sometimes once is enough to leave an impression.