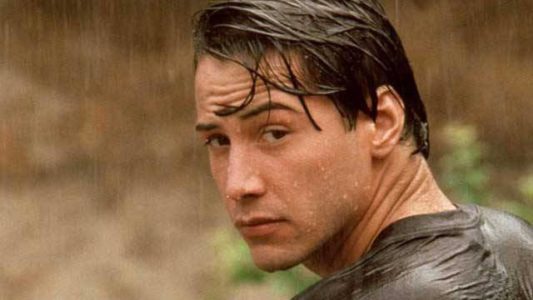 People are going to hate on just about anyone they don’t like for any given reason, but in Hollywood, there are people that are still genuine enough that others can’t help but notice and find that they actually like spending time around them, whether it’s for work or otherwise. While some people come off as nice in certain moments and are able to be seen as decent people now and then, there are those that are pretty friendly and can get along with almost anyone at any given time. These people still have detractors, it’s pretty normal in a profession where they’re in the public eye so often, but quite often these folks are still said to be among the nicest and easiest people to work with in show business, and there’s usually a reason that a lot of people want to work with them. In some cases, it might be that a person grew up idolizing a certain actor and just wants to be on screen with them, but in other cases, it’s because these people are some of the nicest folks around, and their reputation is well-deserved. In any case, it’s very simple to say that an actor is a nice person but to get other people to say it could easily indicate that it’s not lip service.

Here are a few actors that are considered to be easy to work with.

It’s easy to see that every now and then that egos are going to clash when it comes to guys like Johnson, but it does sound as though he’s far more humble than a lot of people give him credit for when acting with him. Some might want to claim that his humble act is more of a PR stunt, but the reality appears to be that he is a rather nice guy that is just like anyone else. He can get tired, he can get cranky, but on set, he’s as professional as they come and he’s always willing to learn what he needs to in order to complete a role. He’s had his spats in the past, he’s not perfect, but he does come off as a guy that likes pleasing the fans and working with his costars.

Jackman has definitely cultivated a level of professionalism that is impressive since he’s become a huge draw for a lot of projects and someone that has gained a huge amount of esteem since showing up for X-Men as Logan/Wolverine. In fact, it’s still uncertain just who is going to be able to take his place since he played such a great part that a lot of people simply let go of the idea that he was several inches too tall for the character. The fact that he’s just as comfortable slicing people open with his claws as he is singing and dancing in movies such as The Greatest Showman is evidence that he’s one of the most versatile people in show business.

There aren’t a lot of guys that are seen as squeaky clean as Tom Hanks since this is a guy who can’t even play a villain without people cringing since he plays a protagonist so often that it’s difficult to accept him as anything else. But over the years he’s managed to diversify in his career and has kept things moving forward in a manner that has allowed him to be seen in many different ways. For one reason or another, he’s become a legend in Hollywood for playing the nice guy, and he’s done so in a manner that has been impressive to many and has even been inspirational to many more.

Let’s put it this way, some people really didn’t like Sheldon Cooper from The Big Bang Theory since he came off as a narcissistic know-it-all that could never admit to being wrong no matter if he shouldn’t have been able to argue why he was right in his mind. The fact is that Sheldon was a rather socially disturbed individual, and Parsons played him so well that it was hard not to like the character after a while simply because a lot of us have likely known someone that was vaguely like Sheldon at one point in our lives. Yes, a lot of us would love to choke those people out, but thankfully we never did.

Over the years since he came back, Keanu Reeves has become known as one of the nicest guys in Hollywood since no matter how rich he is and how popular he’s stayed entirely grounded somehow. He’s also possessed of such a great work ethic that those he works with can’t help but be impressed as they watch him on set. In terms of being one of the kindest people in Hollywood, one can only say that he’s done his best to make certain that the people around him are comfortable no matter what it takes.

There are still a lot of nice people in show business.