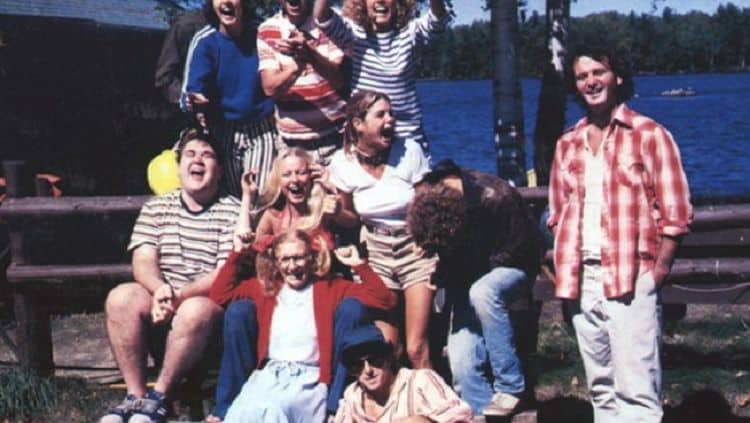 A person might think that a horrible movie wouldn’t yield much in terms of a career for anyone and that it would take another movie for them to really get rolling, but some movies actually did manage to spark the reputations and careers of some actors in a profound or at least meaningful way. For some actors, the chance to star in horrible movies didn’t yield much, but for others, the strangest thing happened, their careers started to move in an upward motion and they found themselves becoming famous after a while. It’s a quandary to be certain, but actors tend to come from everywhere, be it great movies or bad ones, and there are times when it’s a bit difficult to explain why some people make it and others don’t. Of course, there are times when it’s fairly easy to explain since some actors show the kind of spark that directors and producers like while others simply drift through a movie and don’t do that much other than the bare minimum to get by. But when all is said and done, those that go above and beyond, or simply have that needed charisma, manage to keep going.

Here are a few actors that managed to get their start from a horrible movie.

How a person feels about this movie is kind of a personal thing but it’s definitely one of those that’s just so horrible that it’s great considering that it had Warwick Davis as well as Jennifer Aniston. But seeing as how she played the damsel in distress and she was relatively unknown at that point it’s fair to say that this did just as much for both of them when all was said and done. While Davis has definitely had a steady career and had actually been around for a while, Aniston was still attempting to become known. To say that this is the movie that really served as her breakout role isn’t that accurate, but to state that it did push her in the right direction is fair.

It’s very easy to think that a lot of people won’t remember this 80s movie since for all the movies we do remember there are likely many more that we don’t since there’s been a flood of movies every decade that makes it nearly impossible to remember them all. But the whole gist of it was that three BMX cyclists that lifted a box of walkie talkies that a pair of criminals were going to use for a heist are eventually chased by the same criminals and caught. Their community eventually rallies around them to help the kids escape and eventually the cops manage to capture the criminals.

It kind of feels that people were done with Critters after the first or second movie, but of course if Hollywood feels the need they’re going to go for the hat trick and attempt to make more money by squeezing every last cent they can get out of an idea. The sad part is that Critters was a decent idea for such a lame movie and could have been done far better than it was. In fact, this is a movie that could be brought back and redone in a way that might actually make it even more terrifying than before since the special effects could go miles beyond what was possible back in the day. I know I’m not usually for reboots, but this might be a decent idea.

He doesn’t have a huge role in the movie, but it’s very easy to recognize the man that would one day become a pretty big part of Hollywood as he showed up in a big number of movies. In this instance, he wasn’t given much to do other than to look like a kid and go away when it was needed. One has to wonder why he couldn’t do this with other roles or just go away and not take them in the first place. Come on, Daredevil was NOT that great. But at the very least Ben Affleck has put in several great performances since starting out and he’s become someone that people can’t help but believe in when it comes to Hollywood.

There are a lot of people that would probably argue that Meatballs wasn’t that bad since it was a different style of humor and not something that many people born within the last couple of decades would really understand. But compared to a lot of his other comedies this one was kind of ‘meh’. His reputation and his star power did rise pretty quickly after this however and it’s obvious that he was meant for greatness no matter if his movies were great or kind of horrible.

It’s hard to argue with the facts.