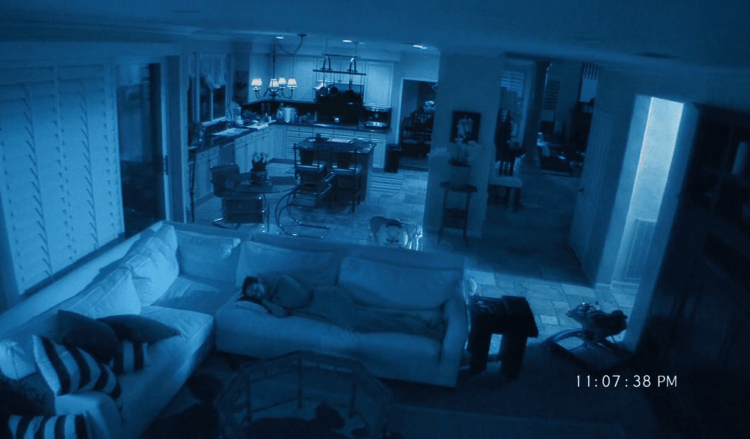 One would think that a horror movie sequel would follow the same path as most sequels, but as the Vermont Cynic might agree, there are times when the second movie tends to jump right over the first in an attempt to show up in a much better and more substantial manner. In other words, the original lays the ground rules, establishes the story, but focuses so intently on one aspect or another that it doesn’t expand enough or give enough explanation to really get people fully on board with the premise. Or it could be that the second movie ventures where the first won’t, taking a chance now that the the first movie has shown that people are willing to see more. In any case the sequel, usually a movie that’s bound to tank in some cases and doesn’t gain a lot of love from audiences, can be marked for criticism early on, but can surprising many people when it’s actually better than its predecessor. It’s not an easy task really, and it’s definitely not something that a lot of people see coming, even if they want to expect it. Sometimes horror sequels are gorier, scarier, offer more twists and turns, or even just take a different route and expand on the original story, but the point is that the best do something that the first movie might have done, just not to the same degree. They scare people more, and give them a bigger chunk of the story than they were expecting.

Here are five horror sequels that were more popular than the original movie.

This is bound to cause a few arguments since some people enjoy all of the Paranormal Activity movies and some think they derailed after a while. Others just don’t like them for one reason or another, but the reason the second one is so effective at what it does is that it not only pushes the story forward, but it offers even more of the unexplained phenomena and goes full-on brutal with the deaths this time around, not stopping at the body being thrown into the camera, but showing as someone gets their neck snapped with horrid ease. It was due to more than this of course, but somehow this movie just took things to another level that had people still squirming in their seats and possibly wondering if anything was waiting for them when they returned home.

The sad thing about Pinhead and the Cenobites is that they’re great villains, but Pinhead doesn’t do much. He’s the kind of boss that stands there and has the subordinates do the work for him rather than get his hands dirty, showing that his powers of delegation are definitely on point but are still kind of odd for a big bad to have. While the first movie gave us a little idea of who and what he was, the second movie was a healthy balance of story and other elements that made a convincing chapter in this slightly overused but still valuable franchise. Whether or not Pinhead will ever grace the big screen again is hard to say, but some fans make it sound as though he’d be welcomed back.

It’s a personal thing with this movie for me, as the best thing is this: EVERYONE DIES. The people at Today might agree with this, especially since the third movie is usually bound to kick up the action or just tank like crazy. There’s no ‘skipping’ one person to move on to the next and then come back like a carousel, this time death is just flat out killing everyone that was meant to go, with no exceptions. There’s no ‘a new life can cheat death’ or some noise like that, everyone has to pay in the end, and the bill comes due in this movie since it doesn’t matter who gets off the roller coaster, death eventually comes for everyone like the inevitable force that it is, even if the dreaded specter has to cheat just a bit now and then, it’s still following the mandate that when your number is up, it’s up. All attempts at a plea bargain or a cheat only tend to make one’s final exit that much worse.

It’s basically the first Hostel, but from a woman’s perspective this time since instead of guys being blindly led on by beautiful women that are bought and paid for by the same people that are trying to obtain fresh meat for their clients’ sick pleasures, it’s young women that are strong and opinionated but are still taken unawares. The difference? Well, instead of just escaping after her friends are tortured and killed, the lead character in this story captures, subdues, and then removes a very painful part of her captor’s body before being initiated into the club, after which she’s allowed to simply walk out. So yes, it can be said that a female character did find a smarter way out, but having the kind of bankroll she had did help.

Hardcore fans of the Evil Dead movies might agree or disagree with this one since the first movie kind of set a precedent while the second movie really went wild with it, retconning a lot from the first movie and taking a slightly different tactic as Ash started taking on the evil in a much different manner. Plus, there was a comical feel to this one as the action was a bit overplayed and the overall feel of it was a bit campy in one of the most wonderful ways. It did give rise to Army of Darkness a while later, but the second movie is still the best.

There are plenty of other sequels that were better than the first, and I’d love to hear suggestions.