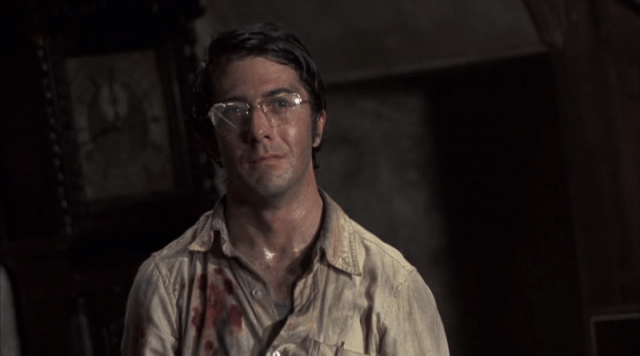 Revenge is a favorite theme of mine. I like the idea of an underdog, laying broken and almost defeated, pulling himself from the dust. I like thinking that this can happen in real life.Â  That the person who has been wronged can muster the will and strength needed to rise up and take down the person responsible for all their malaise is what makes revenge so awesome in film.

I know real life is not so kind to such theories, but on film, you will not find a more excellent theme than revenge. Here are five revenge movies that not enough people even know are revenge movies.Â  You have to see these:

I Saw The Devil

I am going to try to avoid spoilers in this article, because I know how under the radar some of the movies on this list are, and I wouldn’t dare ruin any plot points for anyone. But without saying too much, I Saw The Devil is about a detective whose wife is brutally murdered by a serial killer (played with manic fervor by Choi-Min-sik) and this sends the detective on a journey that will take him places far darker than he would have ever dared go before.

Though be prepared, like most amazing Korean revenge flicks, this one will not hide the brutality from your eyes. And it will FORCE you to see somethings you prayed you never would.

Do NOT confuse Descent with Rosario Dawson, with The Descent, the Neil Marshall horror masterpiece. While they are both good films, one is a film about scary, underground monsters. And one is about the type of real monster, who lives above the ground.

Descent is about a young woman who gets victimized one night. As a result of that assault, she goes a little crazy and decides, much like the above movie, that revenge is the only way to go. She is convinced it is the only thing that will bring her peace.

And I don’t normally do “rape/revenge” movies on these lists because I think the subject is brutal and hard to stomach (as it should be) but Descent is not treated like an exploitation movie, like I Spit On Your Grave is. Descent shows us an honesty. The permeating sadness to this scenario and how everyone involved ultimately loses.

Her downfall is not just fueled by hate. It is fueled by sadness, and a desire to take back what he took from her. The sad thing is, when we become the monsters we hate. have’t we already lost?

I know movies like this and I Saw The Devil show revenge, but they also show another side. The side any sane person would fear. The moment when the revenge gets too big, when you’ve gone too far to turn back, and the implications that may have on both your psyche, and the rest of your life.

Yup, I went there. This classic Ellen Page flick about the teen girl who completely turns the tables on her would-be-suitor/molester. Perhaps you never thought of this as a revenge movie, but look deeper. What does the Page character suspect the “pedophile” did? Raped and killed another girl, yes? SO what is she seeking, then?

Revenge. Revenge would be what she was seeking. As well as ensuring it never happens to another girl.

This film is relentless, but it is also honest and should be shared and viewed by all. Why? Because this type of subject matter needs to be discussed, even if it scares us. And how often can you recall an entire movie being basically exchanges between a teen and an adult, and you were as enthralled as you were watching this. It almost plays out like a two person show.

Yes, it is dark and hard to take, but it is honest, and that makes it awesome. Plus, Ellen Page gives a performance in this film that had me questioning how she could possibly been so young, and yet invoke so much genuine emotion in her performance.

At what point can even the most meek man snap? How far can you push someone before they reach that? And just how far are they willing to go once they reach it? Those are just a few questions that get invoked in the viewer while watching this Sam Peickinpah’s classic. I use the term ‘classic’ liberally here, because it is a classic to me. But it seems to traumatize most.

And to make things more intense, they cast the brilliant Dustin Hoffman as the nerd on the edge.

I realize now just how serious and intense some of these movies on this list are, and I don’t think that was my intent when I started, but that is the thing about revenge. It just kind of sits inside of you, waiting, and strikes when you least expect it.

It’s a remarkably raw film, but once the pacing switches up in the latter half of the movie, it never stops. And you definitely get a glimpse of just how far they pushed this guy, and how he will not tolerate it. Hell, he even says this. Not for the faint of heart, but very much for the revenge hungry.

This Jodie Foster gem came and went to little recognition, but when I finally got around to watching it I was pleasantly surprised at just how far it was willing to go. It is not the pg-13 style movie you would expect from such a big name and big movie company, but once you sit in on it for a few minutes, you realize, this is pretty hardcore.

This movie is basically the closest we have ever come to having a Punisher movie. Dye her hair black and I see Frank Castle.

The story is similar to anyone who knows these kinds of stories. Some bad stuff happens to her. The law won’t help her. So she gets a gun and goes all Charles Bronson on every bad person she sees.

At times, it can be a little over the top (after she gets the gun, suddenly every bad thing that can happen to everyone happens to her, but now she has a gun, conveniently) but it is really a typically stellar performance from Jodie Foster, showing you what happens when somebody loses everything and just doesn’t care anymore.

Some revenge movies (Like Colombiana) just don’t sell me on some 120 pound woman destroying whole countries to exact revenge. But Jodie Foster sold me in this tale about one woman pushed too far, and that’s what makes it work.

Munich: An amazing movie, but not on list because a good deal of you have probably already seen it, seeing it is Spielberg and all.

I do not need to mention The Vengeance Trilogy films here because they will be spoken off in depth on here very soon.

Faster with the Rock should have stunk, but didn’t. It still has no place on the list if I expect to keep any cred. Wait, pretty sure I don’t have any.

The Kill Bill movies are amazing, but have been talked about to death. These are the movies lesser writers talk about when talking revenge flicks. I only say lesser writers because it is an easy out. After the last list I won’t even attempt to bring up Inglorious Basterds. I know better now.

Unforgiven was pretty much perfect, but saving it for a Western list.

Taken was awesome, but everyone has seen it. Still though, even having seen it so many times, how is it we never get sick of this?

If I have never called you and left this on your answering machine, you can safely assume I don’t love you that much.