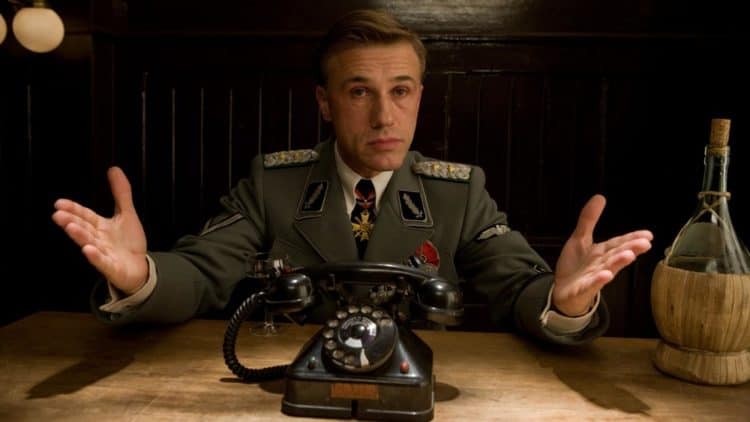 There are a lot of different ways that iconic characters can make certain that people will remember them, but a great entrance/intro can make a big difference too since it sets the tone for a scene and can make it known that this character is someone that’s there to mess stuff up or is simply interesting enough to pay attention to. In this instance, the audience is made aware that this character is either very important, or they’re being reminded in a very meaningful way that this character is still around and that things just got a bit serious since those characters that tend to rate these types of entrances are those that are either the most dangerous, the most interesting, or both. A good entrance can make certain that a character carries the level of clout in a movie that they need to be effective, and it can make certain that people won’t simply look past that character since it will have been established that the individual is someone that might not be the lead character, but still warrants the kind of attention that is given to those that play a big part in the story.

But yes, a lead character does usually deserve a great entrance. Here are some of the best entrances by a character in a movie.

Darth Vader is intimidating no matter what since he’s a danger from range and up close. But the reason he’s this far down on the list, despite being so awesome, is that he’s fairly predictable given that he’s the go-to person to deal with any huge issues that the Empire has with the Rebels. That doesn’t take away from this scene, but it does keep him at this spot simply because by this time people already knew that he was in the movie and they knew that at some point he was going to make another appearance and ‘question’ the Rebel captain about the plans to the Death Star. But yeah, this entrance was epic.

This guy is nuts, and all one has to do to affirm that is read through his history and see just how he’s made his name go down in history. Even watching the movie doesn’t give an accurate idea of just how screwy this individual is, but Tom Hardy puts in a performance that’s not to be missed since by the end it will leave you wondering what in the hell you just saw. With that in mind though it would be advisable to do a little research on the man since he’s someone you won’t soon forget once you learn a bit about him. The fact that Hardy pulled this off fairly well is kind of impressive, but one can imagine that the movie didn’t hold entirely true to real life.

This was a fun way to open the movie since unless a person saw the trailer to this movie they might have had no idea what was about to happen since Trinity busted some serious moves, and probably a few bones, in her bid to escape the cops and then the agents. Up until watching this movie, there had been several great fight scenes, but the manner in which Trinity brought the pain to the cops that thought they could arrest ‘one little girl’ was so epic that if a person didn’t even watch the rest of the movie they might have been satisfied with this one entrance. Okay, no they wouldn’t, but you get the idea.

While I won’t call Tarantino a genius like so many others I will say this: the guy knows how to keep his story in order since the opening scene with Hans Landa and Shoshana was brutal, but this meeting in the restaurant was absolutely tense. What came next, with Landa virtually attacking his plate as he took a bite of his dessert, was even more intriguing since it spoke volumes about the continued tension within the scene. But somehow, Christoph Waltz came off as terrifying even if he looks like your favorite uncle or the guy next door. Seriously, this guy doesn’t look like the typical villain.

1. Captain Jack Sparrow – Pirates of the Caribbean: Curse of the Black Pearl

Is there really any other way that Captain Jack could have sailed into Port Royal? A scruffy, destitute pirate that looked as though he was a few beans shy of a bushel isn’t typically the kind of guy you just let into a peaceful community, but then if he pays extra for a docking fee then it might behoove a dockmaster to look the other way. Hey, money is money. But out of all the entrances this one hits the top spot mostly due to the fact that despite his poor and ragged look, Captain Jack still maintains his dignified stride and razor-like wit.

Sometimes you’ve got to strut, even if there’s no reason for it.