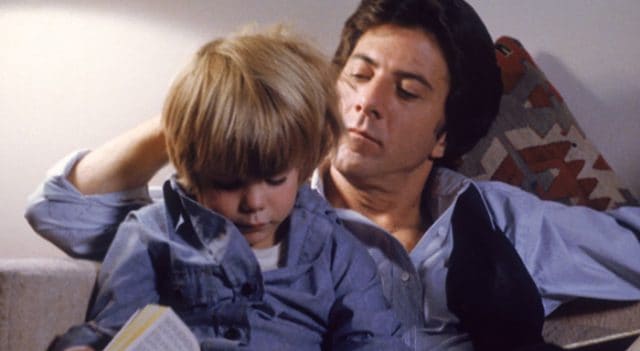 I feel that many movies dramatize most scenes having to do with parenting.Â  In particular I always point out how pregnancies are portrayed in film.Â  They’re never THAT crazy in real life.Â  While mother’s scream giving birth, come on guys.Â  And all this crap about complaining and emotions and all that stuff?Â  As a parent and husband I can tell you that it’s just not like this.Â  With regard to parenting itself?Â  I think that in this arena movies also tend to embellish.

I don’t blame films for doing this otherwise they’d be showing the monotony of parenting which isn’t particularly interesting.Â  However, there are definitely some films that have dramatic and funny moments that do portray parenting in a realistic light.Â  I’ve selected five scenes in movies that every parent can relate to.

First of all, this entire movie is an incredibly realistic movie about parenting but if I had to pick one scene (P.S. I’m already crying) that encapsulates the entire film, it’s when father and son are making French Toast towards the end. It’s symbolic of the relationship they’ve built, but watching Justin Henry as a little kid grab hold of Dustin Hoffman and make that squeaky crying sound, you just lose it. The parent in you can’t help but cry and get incredibly emotional in this moment.

My personal favorite line in the entire movie is “my whole life is have to.” Though this is the scene that follows it. It’s when Jason Robards bonds with Steve Martin and he essentially makes one of the most accurate statements about parenting ever. “It never ends.” “You never do your touchdown dance.” I just love this scene to no end. “You worry too much. You always did.”

Unfortunately I couldn’t capture the scene anywhere in a clip but there’s a scene where Paul Reiser finally gets fed up with daughter Eliza Dushku. She’s been treating him awfully the entire movie and at one point he just finally snaps saying the line “You little sh%t.” I can’t articulate how real this moment is as a parent but you just have to see this scene. To this day Bye Bye Love is one of my favorite movies about parenting.

Inside Out Dinner Scene

We don’t have to have real people in movies to capture a great parenting moment.Â  Pixar does it just fine in Inside Out.Â  In this dinner scene we see the inner workings of the entire family and it’s captured beautifully.Â Â Â  You see the build up it takes for the father to eventually scold his daughter.Â  You see the incredible dynamic at play and I as a parent can 100% relate to this scene.

This is 40 Teacher Scene

Is this scene dramatized?Â  Of course it is!Â  But you can’t tell me there’s not a crazy parent in every school that you are one day going to have to be up against.Â  Melissa McCarthy is that parent in this scene.