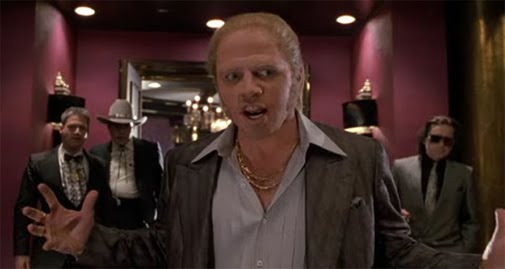 President Donald Trump has been a public figure for a long, long time. Furthermore, he has been seeking the spotlight for decades and decades, so it should come as no surprise to learn that he has inspired numerous figures. Most of these figures are not so flattering, but there are some that manage to stand out even among the rest.

Here are five of the most out there characters based on Donald Trump:

Face to Face was a shape-shifting villain on a TV show called Night Man, which was about a saxophone player with a laser eye. Suffice to say that it was the 90s and that the 90s could get pretty weird. Regardless, Face to Face gets included on this list because he decided to shape-shift into Donald Trump in order to commit one of his crimes, which would not be particularly notable if it was not for the fact that the shaped-shifted Face to Face was actually played by the real Trump.

Sesame Street tends to be move in tune with the times, so it is perhaps unsurprising that it has featured a character based on Donald Trump named Ronald Grump. Unsurprisingly, said character has engaged in dubious real estate deals, ran a parody of The Apprentice, and even engaged in what can be called coercive negotiations, thus adding up to a much more hard-hitting depiction than what most people would have expected from a children’s TV show.

Fenton Q. Hackenbrush was a villain on Teenage Mutant Ninja Turtles who wanted to turn the sewers of all things into luxury condos. In the end, his villainous ways were exposed by the reporting of April O’Neil, with the result that he was fired by the owner of Donald J. Lofty Enterprises. Amusingly, some people think that the owner resembles Fred Trump, who was Trump’s father and predecessor, which makes for an even more scathing statement.

In the lead up to the 2016 U.S. presidential election, a lot of people pointed out the similarities between Biff Tannen and Donald Trump, which prompted one of the writers to state that some of his characteristics were based on those of Trump. This is not implausible, seeing as how Trump was well-known in the 1980s because of the tabloids, but since it does not seem to have been stated before that point in time, it is also possible that it was a much more invention. Whatever the case, if Tannen was indeed based on Trump, that would make Back to the Future Part II a lot more prescient than it would have seemed at the time.

Disney has had its fair share of stinkers over the decades, with an excellent example being The 100 Lives of Black Jack Savage. Theoretically, it was supposed to see a crooked real estate businessman named Daniel Tarberry redeem himself while interacting with the ghost of a black man over the course of multiple TV shows. In practice, that never happened because people just didn’t take to the premise all that well.