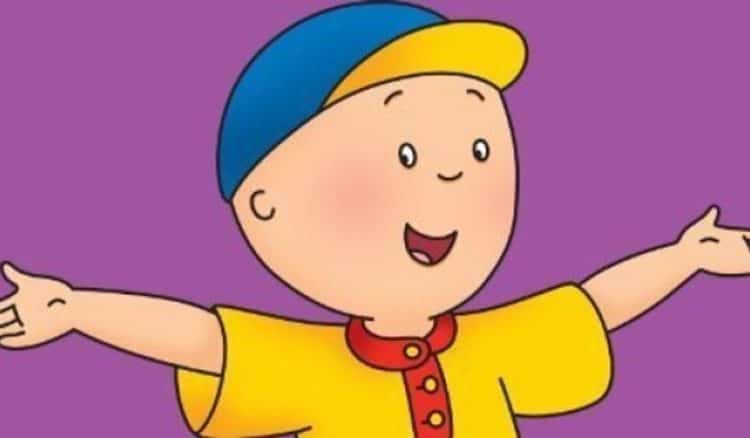 Let’s get one thing straight here before moving on, I’m not condoning canceling any show, even Caillou, since not only does it eventually lead to censorship, but it implies that a story has no value whatsoever. As someone that writes stories for a living that’s a hard thing to say since every story has at least some value, even if people want to disagree. Think of it this way, the things we value might hold no value at all to someone else, and vice versa obviously. But stating that we should cancel everything that bothers us is harmful to our varied cultures since it implies that there’s no point in telling any stories considering that if it’s going to bother people that it should simply be removed. There’s this wonderful method called ‘don’t watch it’ if a person is ever bothered by something they’ve been watching, but too many people appear to forget about this at times. The cancelation of Caillou isn’t the first to ever come along, but in the wake of this, there are a lot of celebrating and others calling for the cancelation of other shows they don’t care for due to one reason or another. This is a bit saddening not because the shows are being targeted, but because it shows our kids that if we don’t like something that the only acceptable method is to push to get rid of it, when not watching it in the first place would be pretty easy.

But in that regard, here are a few other shows that parents are likely pushing to see canceled.

You might be confused at a lot of these since the whole idea of canceling a show should be centered around the idea that the ratings aren’t doing well and that no one is paying attention. But apparently, Peppa annoys the hell out of some people due to her curtness and her ability to assert herself a little too much sometimes. That’s definitely suspect, but even more so is the idea that she’d be on anyone’s hit list when it comes to TV show cancelations since for a while now it would appear that she’s been one of the most loved cartoon characters among many children, not to mention that she’s definitely not one of the worst of the bunch.

The argument against the police dog on this show was nothing short of insane since trying to target a kids’ show for cancelation due to the idea that it depicts a representation of law enforcement makes about as much sense as wanting to ban the Police Academy movies because they show police officers being irresponsible during what’s obviously a comedy. Without trying to get political, this is something that is bordering on censorship due to paranoid feelings by those that have issues with police officers for one reason or another and can’t separate reality from fiction when it comes to such matters.

One complaint that some people have with this show is that they butcher classical songs. Really? Is that it? Likely as not, there are other issues that people have with this show, but the fact that this is one of the main arguments, that they don’t pay enough respect to the music they’re using to push their show, is yet another sign that those parents that want these shows canceled are either bored or have had to sit and watch these shows with their kids and simply don’t want them around any longer so that their kids will beg them to sit down and watch with them. There is a word that can alleviate that, and the word is a simple ‘no’.

These last two are definitely not favorites of mine, but again, denying that a show has any worth and should be canceled just for that is something I don’t care to do. But yes, Thomas and his friends are just flat out creepy since their faces are the type that one might expect to see upon a homicidal toy that’s trying to transfer its soul into a human body or is simply out to create mayhem. But that’s the hangup of a bunch of parents that might have had nightmares about Thomas, it’s not a kids problem. Yes, the show is pretty creepy, but it’s still something that a lot of kids enjoy in their own way.

This is one where parents are kind of divided since a lot of parents don’t think there’s anything wrong with Spongebob, while others would chuck the talking sponge in a heartbeat since there doesn’t appear to be any educational value to this show at all. Newsflash though, a lot of cartoons don’t have educational value since they’re there to entertain, not necessarily teach a kid their ABC’s and 123’s.

Turn the show off, or ban it in the house, but canceling a show isn’t the way to go.