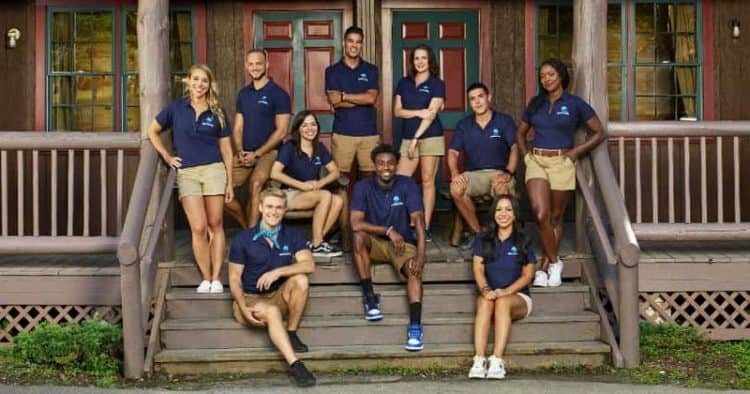 Summer camp has been part of almost every child’s life, but sometimes even adults need a little play and fun. “Camp Getaway” shows us how adults can take time off their busy schedules to relax in whichever way they please. However, sometimes the fun can get out of hand when one lacks self-control, as the series depicts in some scenes. All the same, in everything, there is always something we can learn, and here are five life lessons we draw from the first episode of season 1 of the show.

1. Your life will never be fulfilled until you follow your passion

As seen on YouTube, David, the camp owner, tells us of how he went to summer camp since he was four years old and fell in love with it so much that when he was in his early twenties, he became a camp counselor. Unfortunately, after realizing he needed to pay the bill, David took up a corporate job that had a lucrative salary. He, however missed the camping experience that included making new friends. Therefore, he decided to risk his family’s savings to buy the camp, and from the way he operates it, you can tell it that he enjoys being there. There is a common expression that says when you choose a job you love, you will never have to work a day in your life. We however, take life so seriously worrying about how we will pay the bills that we end up in careers that fill our pockets but empty our souls. That can all be changed when we go down a path that makes us feel alive. After all, no amount of money will ever make you happy until you are happy with yourself.

2. We should make use of our skills to supplement our income

Still, in the first episode of season 1, we are introduced to the social coordinators who have full-time jobs during the week but go to the camp during the weekends for some extra cash. Glen, for instance, says he has lots of jobs, including being a personal trainer, dancer at bachelor parties, and a tour guide in New York City. With his athletic body, getting his clothes off at a bachelor party earns him some dollars while his outgoing personality comes in handy with his tour guide job. It has been said that no ever got rich working a 9-5 job, and to some extent it is true. Millionaires have been known to sleep for as little as four hours daily as they keep working on their dreams. Similarly, unless you are willing to put in extra effort in earning more money by utilizing what you have, the 9-5 job will always have you wondering why you barely have enough to save and invest. Even Warren Buffet advised us never to depend on a single source of income, and instead, we should create a second source by investing.

3. Your energy introduces you before you speak

The moment Randall steps into the camp, Claire raises an eyebrow as to whether she will be able to handle walking around with one of her legs in a bootie. However, the moment Randall speaks, Claire confesses she has never seen any social coordinator with such a great personality. Still, David had already spotted the interest that Randall and Glen had shown in Adam; hence, he warns the social coordinators that even if they are there to have fun, they should have their limits because they represent the camp. You might have been in a situation where you walked into a room, and everyone got excited to see you, or the mood suddenly changed to become a bit gloom. Well, that indicates the kind of energy you carry with you, and people will always judge you based on how they feel around you, not what you say. We should, therefore, try to have positive energy since the wrong impression can cost you.

Adam is praised as the person the social coordinators would look up to, but even Claire feels he is not befitting of a managerial position. However, with the knowledge that he is not worthy of being a leader, they allow him back to the camp, and even the social coordinators notice they can do better. For instance, Neely is surprised that while they have 15 minutes to meet the guests, Adam goes swimming; hence, she labels him a slacker. Therefore even if he is supposed to be their mentor, she says the only rule she will follow is not to do whatever he does. Such scenarios apply even in households where parents will ask children not to have too much screen time or stay on their phones for hours, yet they are addicted to their mobile phones themselves. In the office, you cannot be the supervisor expecting your subordinates to be punctual, yet you are always late. It sets a bad example, and sooner or later, you will lose the respect you demand from anyone because they cannot trust you. It is better to lead by example than by issuing instructions.

5. Sometimes you have to prove to people they are wrong about you

Neely knows she is a beautiful woman, and she was even involved in pageants, but she had to prove to those who kept telling her to marry a rich guy that there is more to her than looks. She, therefore, became a survival skills teacher; she shows off how good she is at lighting fires and eating worms for survival. She even said that one survival tip is drinking your urine to stay hydrated. For Nile to tell Neely that she was doing a good job must have therefore been very satisfying. As much as it is not our job to prove to others that they have judged us wrongly, sometimes it is necessary to set the record straight. It can be annoying to have someone think that you are so shallow that all you need is live off your looks by becoming a trophy wife, yet you know you have so much more to offer.