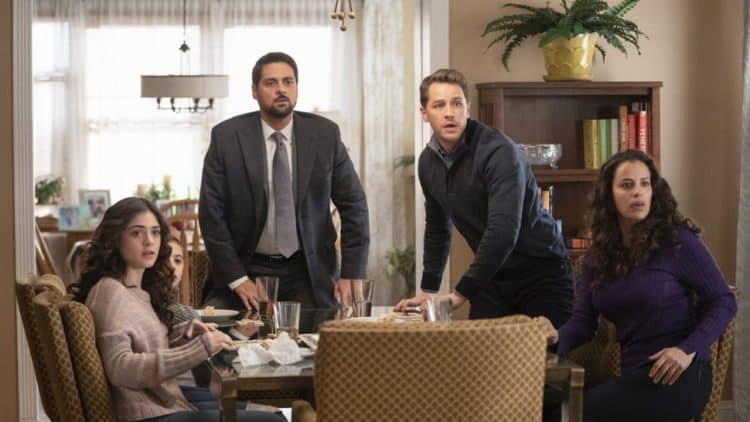 When Manifest was first released a lot of people didn’t really know what to think about the show, but obviously that time has passed since the use of time travel has become one of the driving points of the story. Recently the show doubled down on this theme though and has opened up a whole new avenue of possibilities that might have peoples’ head spinning with ideas and conspiracy theories that could have them trying concoct their own ideas about what’s going to happen or what kind of surprises might be in store with each new episode. The use of time travel hasn’t been confined to the plane after all, since if you want to cite the fact that Zeke traveled a year through time after being trapped during a blizzard. In terms of making sense in the real world this show isn’t much help, but the theories that people are no doubt unloading and either trying to cling to or debunk are most likely those that are going to confuse people the most. Despite this idea however it is possible that you might not be able to predict things in such an obvious way.

Here are a few Manifest theories that might make you think just a bit differently.

Even TV Guide has picked up on this little tidbit since the fact that Jamaica isn’t too far from the dreaded Bermuda Triangle is a big sticking point that a lot of people might be looking at as possibility for the weirdness that’s such a big part of the show. It’s possible that the flight path of Flight 828 went through this area, right? No matter how much people try to explain it away there’s always been enough of a mystery to the Triangle that has made it a haven for fiction to play upon again and again. So perhaps Manifest decided to take a turn at the helm this time and utilize the legend for its own purposes.

When in doubt, blame the aliens. After all the unexplained falls well into this realm and the idea of experimentation is always something that carries at least a hint of promise to those that love a good unexplained story that might have a slightly more macabre background to it. Aliens after all are one of the greatest scapegoats in cinema and TV history and are so easily accessed that it might seem like lazy writing at first. Of course with the myriad number of ways that they can be used and brought into a story they’re also a great challenge for many writers when it comes to describing the hows and whys of their visits.

Right now it would seem that the creator of the show has a six-year plan that is going to be hopefully utilized to the fullest extent. This means that Captain Daly and Fiona could possibly be making more of a buzz than people originally thought they were intended to make, so counting on them to become a bigger part of the story might be wise. That being said though it’s also a good idea to keep in mind that time travel is such a tricky thing to write about at times that it’s going to take a lot of skill to bring Daly back eventually and explain it in great detail. But hey, writers are paid to do things that make little sense and explain them away, so it should be a cinch.

A lot of you should know the rule of TV by now, well, one rule among many. If you don’t see the character die then they’re technically not dead until someone confirms it that was there and saw the whole thing. It might seem like a load of denial that a lot of people will use to keep the inevitable away, but given how much interest Vance had in the theories that Ben was bringing forth about any government involvement it seems premature to think that he would be taken off the show just like that. Maybe he faked his own death and is waiting to pick his moment to come back at the most opportune time.

1. Zeke could be a plant for the major, think about it.

What better way to get a mole inside the circle of passengers, eh? Zeke could easily act like he traveled through time for just a year to empathize with those that are trying to figure out what happened, but it could all be be an elaborate setup. It’s a thought anyway.

So honestly some of these theories seem rather sound, but until they’re found to be false or perhaps well-founded we’ll just have to guess.