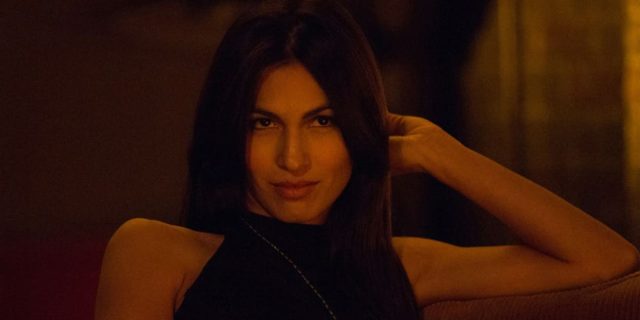 For as many Marvel characters as Netflix seems to be ruining they’re also managing to improve on some as the shows continue to go on. In some cases there wasn’t a lot worse that could be done by some characters since their entire presence was pretty bad to begin with. Others however were being watched with baited breath to see just how Netflix would present them and whether or not they would be the same characters they remembered from the comics. What has to be remembered is that a lot of their popularity comes from the comics and staying as true to the source material as possible is what fans want and what they will pay to watch.

The more true to a character Netflix stays the better.

He’s a villain that had no real powers to speak of and, as his name implies, walked around on a pair of telescoping stilts. There wasn’t much worse that Netflix could do to him largely because his presence was such a comical thing to begin with. But at least in the Netflix version he was a lot more intelligent to just stay out of the way of heroes that could bring him down so easily.

I think after Jennifer Garner took up this role people had just about given up on Elektra. Thankfully however Netflix was smart enough to bring her back and change her costume just enough to make it practical, but not change her attitude in the least. She’s the one person in Daredevil’s life that he continually fights to save even if her allegiances tend to switch from time to time.

It’s fair to say that Karen Page had a rough life in the comics since she became an adult star at one point and before that was really just a glorified secretary to Matt and Foggy that didn’t get a whole lot of attention. When she came to Netflix however she was treated a lot kinder and became more of a presence that people actually liked to see in regards to her role in Daredevil’s life.

Claire is being used in the best capacity that she can at the moment and while it’s made her a target in some respects it’s also made her a much more integral part of the shows she’s been in than might have otherwise been possible. As the doctor that treats the wounds of the superheroes she tends to be one of the more important, non-super-powered individuals in any series.

To be honest she’s the best part of Iron Fist in the first season and it’s kind of obvious that she should have been the main protagonist while Danny Rand became the supporting actor. She’s showed a lot more development, a very independent streak, and has done more damage to the enemy than Danny has to be honest. She’s simply more likable as well.

All but one of these characters were pretty much secondary when they were first brought in.