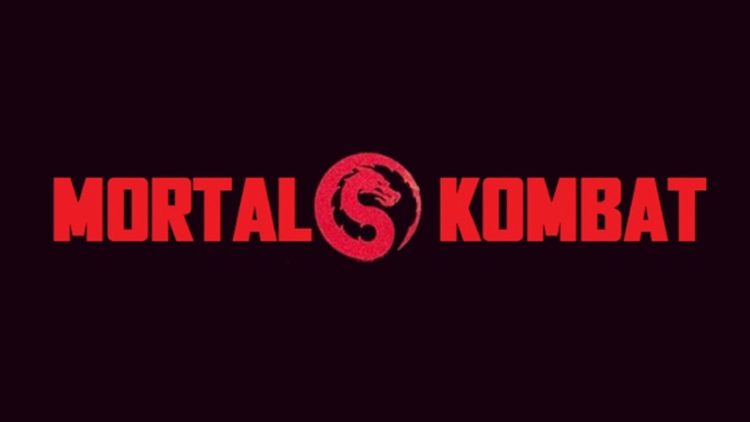 Video games and movies don’t seem to mix well, but that hasn’t stopped them from trying. When the famous fighting game, Mortal Kombat, got its first big screen adaptation in 1995, the results were anything but great, but it was extremely fun to watch. Then two years later, it got a sequel called Mortal Kombat: Annihilation, a very unfaithful and beyond messy film that left the nastiest taste in the mouths of Mortal Kombat fans. A sequel was planned, but it was scrapped due to Annihilation flopping at the box office (rightfully so). Mortal Kombat has had a rough time trying to make it back to the big screen since then, but it seems our patience is about to pay off with another reboot following Annihilation’s critical failure. Whether or not the film will actually do the game justice remains to be seen, but the real question that has made fans curious is the cast of characters. When another Mortal Kombat game is being announced, fans are always trying to guess what characters will make the cut and this is no different, so what specific characters can we expect to see in the film? Quite a few of the cast of characters have been confirmed, but according to Greg Russo, the screenwriter of the film, certain characters haven’t been announced yet. Russo took to Twitter and assured fans that no one will be replaced or forgotten, giving us a glimpse of hope that everyone’s favorite character will turn up at some point. While it would be fun to guess which unannounced characters could turn up in the movie, let’s shake things up and speculate what cool characters just might miss out on the cut. Round 1

A ninja cyborg in a martial arts movie? Now that’s about as corny as it can get, but this is Mortal Kombat we’re talking about. Sektor started out as a regular human ninja and a faithful assassin for the Lin Kuei clan, but once its grandmaster ordered every one of his followers to submit to the cyber initiative, Sektor became a literal killing machine and he was all for it. Sektor became a major antagonist throughout the franchise, receiving particular praise for his gruesome and over the top fatalities. He can be easily distinguished by his appearance, being almost entirely covered in red and in this case, you can definitely judge this book by its cover. He’s an evil ninja cyborg that will teleport uppercut you when you least expect it, something that would be awesome to see in the 2021 movie. However, since Sektor made his debut in Mortal Kombat three and he was still human when the events of the first game took place, it’s very unlikely that we will actually see the red killer robot. A human Sektor making a cameo shouldn’t be ruled out, since we saw what a human Sektor would like in the 2011 game, but the less cameos for the sake of cameos, the better.

Where there is ketchup, there is mustard. Sektor isn’t the only ninja cyborg to kick butt in Mortal Kombat; there is also is partner in crime known as Cyrax. Cyrax is a killer robot like Sektor, except he’s yellow and he never really wanted to be converted into a killer robot. His fatalities and gameplay have received positive reception from fans, with his bombs, nets, and buzzsaws being his signature weapons. When Cyrax and Sektor are together, they make quite the colorful duo, cementing their status in the Mortal Kombat franchise as the signature ninja cyborgs. Having Cyrax appear in the 2021 would be a sight to see, but like his fellow ninja cyborg, Sektor, Cyrax made his debut in Mortal Kombat three, making his debut in the movie very unlikely. Also like Sektor, Cyrax was shown in his human form in the 2011 game, so a cameo shouldn’t be ruled out, but once again, forcing in cameos is never a good thing. If the 2021 movie is a success, then maybe ketchup and mustard will have their day.

If Mortal Kombat fans thought Goro was challenging enough, then they should revisit Mortal Kombat two and face off against Kintaro, the sub-boss of the game. Kintaro is a Shokan, the same race as Goro, but what makes him unique is his tiger-striped appearance. He is basically a giant tiger with four arms. That would be awesome to see on the big screen, not to mention his ferocious fatalities that make him more brutal than Goro. While he would be an intimidating presence in the 2021 movie, the role of a muscle-bound henchman would have to go to Goro, the sub-boss of the first game. Kintaro made his debut in the second game, serving as Shao Kahn’s bodyguard and the Shokan champion meant to avenge Goro’s defeat. Kintaro is an awesome character to look at, but since the 2021 will most likely have Goro as the big scary Shokan, then having him in the film would be redundant and unnecessary.

Another cyborg? Not quite, considering he’s still very much human. The former Black Dragon criminal named Kabal is a disfigured warrior armed with hookswords and the power of super speed. After being horribly disfigured by Outworld’s armies, Kabal is forced to wear a metal mask that helps him breathe and keeps him alive. Throughout the Mortal Kombat series, his allegiance has always been pretty wish-washy, but in the recent continuity, he is an unwilling servant of evil after being killed by Sindel. He’s a very fun character to play as and would be a cool character to see in the 2021 movie, but since he made his debut in Mortal Kombat three and wasn’t a disfigured, mask-wearing speedster during the events of the first game, his chances of making the cut are pretty slim. The best we can hope to get for Kabal is a short cameo where he is shown as Kano’s lackey and looking perfectly normal, but once again, a forced cameo would hardly do him any justice.

What’s cooler than a blind guy with a magic sword that looks like a young Keanu Reeves? The answer is absolutely nothing. Kenshi has psychokinetic and telepathic powers, along with a sword that contains the souls of his ancestors, making him a very unique character that no one should mess with. Including him in the 2021 movie would be fun to see, especially since we know Shang Tsung will be the main antagonist in the film, and he’s the man responsible for rendering Kenshi blind in the first place. However, since we know Liu Kang will be the main protagonist of the film, another character that has a bitter rivalry with Shang Tsung, Kenshi’s presence in the film would be redundant. The movie has several other heroic characters making their debut in the film and including Kenshi would feel like an overabundance of heroes and when you have too many characters being introduced, it’s just a recipe for a convoluted plot. Kenshi is a cool and unique kind of character and maybe his sword will guide him to the big screen one day, but having him in the 2021 film will most likely make the film feel overcrowded and if the movie does succeed then there will be plenty of time to properly introduce him in a sequel.

There you go, Mortal Kombat fans, the best characters that have the lowest chance of appearing in the 2021 film. Of course we want to see everyone on the big screen, but let’s be honest with ourselves, we want this film to be good and if it’s overcrowded with characters then our hopes will once again be crushed by another bad Mortal Kombat movie. We all know better when it comes to video game movies, but if the movie is good and successful then the chances of seeing every Mortal Kombat character on the big screen will be higher than the amount of times Raiden says, “I must consult with the Elder Gods!”

Supermarket Sweep is Coming Back and With Leslie Jones

Set Up The Bidding For a Prince Harry and Meghan Show

Bad Boys 4 Already in the Works: Say It Ain’t So

Doctor Strange 2 is Without a Director: Who Should They Get?

Robert Downey Jr.’s Return to the MCU is Dependent on: Money!