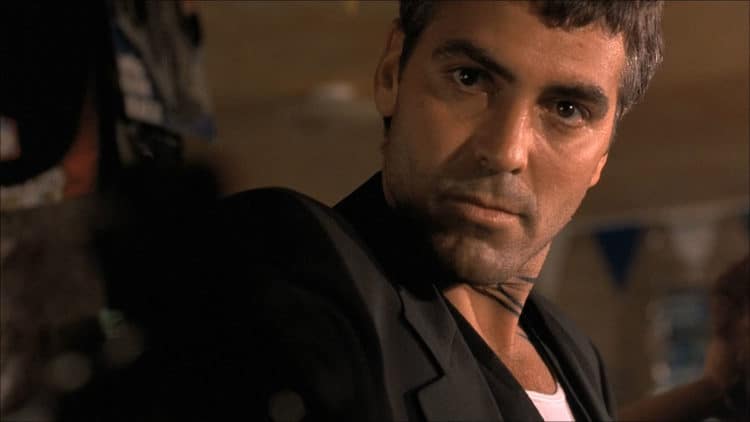 In a lot of movies, there are scenes that freak people out and make them jump from their seats either in fright or in excitement, but the scenes we’re talking about now are those that actually make you think WTF since they change the movie in such a big way that one can’t help but wonder how they didn’t see it coming. In some movies, there’s a bit of foreshadowing that occurs before said moments, but in others, there’s almost no warning since it can reach out and slap a person across the senses in a way that they weren’t prepared for and couldn’t possibly expect. When that moment comes though it’s enough to just sit back and think, ‘wow’ and then keep going since the whole pace of the movie can change, or just the main content can change as the pace is somehow kept at the same level it was when a person thought that they had a good handle on things. While the sudden change in the movie is unexpected it can usually be something that will keep the audience watching since they’ll want to know more.

Here are a few scenes that completely changed their respective movies.

Admit it, when people were watching this movie a lot of them were thinking that Amy’s husband was one of the biggest liars around and didn’t have any use for him outside of thinking that he was guilty and had no redeeming qualities. Then she shows up just as fine as can be and actually looking as though nothing in the world is wrong, and the mental shift that people had to endure came at the expense of everything they’d already experienced being tossed into a jumble of grinding, emotional gears that had to be readjusted and reset in order to realize that the husband wasn’t the dirtbag they’d thought after all and that Amy was the worst type of person possible.

4. The reveal in Joker makes it clear that Sophie doesn’t know who he is.

Once the reveal is made one has to really wonder how much of the movie is up for grabs when it comes to reality since Arthur is a uniquely disturbed individual and is, more or less, unaware of just what is real at any given moment and what isn’t. His time spent with Sophie was obviously a fabrication, so what else wasn’t real? The fact that we see him running out of a hospital room in Arkham Asylum, leaving bloody footprints, makes it feel as though at least one thing is real, and that’s the idea that he is a murderous and very dangerous individual that finally snapped after years of being abused.

3. The final confrontation between Eli and Daniel in There Will Be Blood.

Some might think that the most shocking scene might be that of Daniel Plainview attending Eli’s church where he’s made to look the fool. But the final confrontation between the two, when Eli is beaten, when Daniel reveals to him that the prize he was after is all used up, is the absolute best in my opinion. The whole idea behind “I drink your milkshake!” is so great that one can’t help but laugh at the disturbing image of Daniel mentally and emotionally breaking Eli down, even getting him to denounce God as a superstition, before taking off after him with a bowling pin. Oh yes, miserable as he was, Daniel changed the whole course of the movie.

2. The sudden vampire reveals in From Dusk Till Dawn was a slap to the senses.

This looked like it was going to be an interesting gangster thriller that might have been great anyway, but it had to go and become about vampires, which wasn’t horrible since the movie has become a cult classic. But it was a shock to be certain, and it’s fair to say that a lot of people might not have been paying attention to the green blood dripping from the knife that had been shoved through Ritchie’s already ravaged hand, even when it was focused upon in the foreground as Harvey Keitel’s character noticed it. But the whole idea of making this a vampire movie changed the pace and the feel of it in a big way.

1. Tyler Durden’s reveal in Fight Club was a mind-bender.

This should have been kind of obvious after a while since there were plenty of signs, but at the very least it was a sudden shift and a giant ‘HUH??’ that forced a lot of people back on their heels as Tyler was revealed to be using a figment of his own imagination to give himself a more interesting and engaging life. But when you think of the fact that he was kicking the crap out of himself as it showed on the security cameras later, it’s evident that the mind, once it believes something, is reluctant to give it up that easily.

Sometimes a good sensory slap is what a story needs.