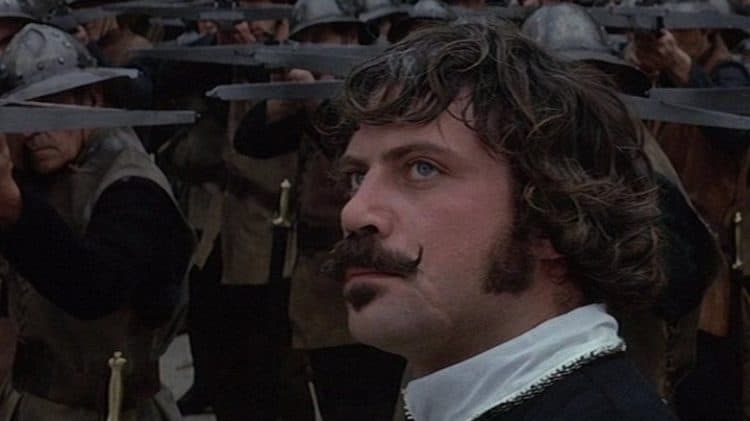 There are quite a few movies out there that are based on true stories, even if they do manage to embellish the truth a bit much now and then. For all of the true stories that people have seen though there are probably quite a few that they haven’t It’s all a matter of what people want to watch and why, and then if they take the time to watch said movies. Sometimes movies based on a true story can be highly entertaining, and at other times they can be insanely dry and hard to sit through for an hour or two at a time. But there are those that are still pertinent to various time periods and can offer up a perspective that’s kind of important given what’s happening in the world. Then there are those that are just interesting enough to capture a person’s attention and keep it for a while. The thing about true stories, unfortunately, is that once people see that a movie is in fact based on truth they might end up thinking that it’s completely true and that the movie didn’t falsify or embellish anything and told the story straight just the way it was. This is hardly ever the case since reality doesn’t always make for a great movie and might have to be influenced now and again in order to make things stand out in a way that people will enjoy. Still, there are movies that, when exaggerated a bit, do become far more interesting and worth watching.

Here are a few movies based on true stories that you might not have seen.

There’s been no shortage of mockery and tales surrounding the idea of priests abusing young boys over the years since the scandals that have rocked the Catholic church have been tossed about like so much dirty laundry as the church has done their best to bury and suppress as much information as they could. Eventually it was bound to come out what was happening, but the manner in which it did was beyond disturbing and the fact that it happened in the first place has definitely shaken the faith that many people had in their religious leaders. One might even say that those that have stuck around are willing to turn a blind eye as the church did for so long.

4. Can You Ever Forgive Me?

It’s not often that Melissa McCarthy is seen in dramatic roles, but this one was kind of interesting since she played the part of Lee Israel. As a writer struggling with her finances and alcoholism and quite a few flops, she resorted to forgery to make things work for herself. If you can believe it, she was writing letters to people, passing herself off as deceased writers in order to get paid. That’s pretty low to be certain.

This type of story is bound to be filled with exaggerations since like it or not, even if there are documents of what went on back in these days, Henry V has been thought of in many ways over the years. He wasn’t exactly seen as the best of kings thanks to his drinking and his inability to do much of worth at times, but history might remember someone a bit different whereas humanity might have had something to do with how he was portrayed and how he was regarded while was still alive. The problem with making historical true stories is that very little of what goes into the movie might pass muster.

This movie had the benefit of having Hugh Jackman and Allison Janney on its cast so it’s fair to say that some folks might have picked it up and watched it. But the true story of Long Island suburb where the largest case of public school embezzlement took place is definitely something that people are bound to get into. Imagine the headlines when a superintendent and his associate steal millions so that they can finance various parts of the finer life such as an upscale apartment, various trips to Vegas, and many other niceties that they might have had to actually work for. There are plenty of reasons why some folks don’t trust the education system, and this became one of them for a while.

This is one of those stories that, true to life, is actually rather pertinent these days since the book that dealt with the real story came out in 2013, detailing how a woman took matters into her own hands when it came to investigating the disappearance of her own daughter. What she uncovered was beyond disturbing since it led to the discovery of several sex workers that had been killed, which is something that we’re still hearing in the news today since as anyone can likely guess, people are just that type of horrible and somehow there’s no way to stop it entirely.