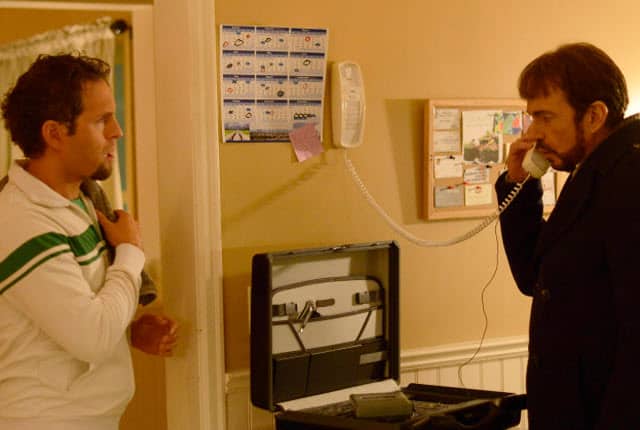 Some of you may not remember this Kate Hudson thriller, but it packed an ending that messed the audience all up and would be a great set up for the show. The older couple in the show are actually exchanging their souls with the younger people on every twenty years or so, to keep them young. The show could focus one season per couple, how they win them over and eventually assimilate them, trapping the younger versions in their older, broken bodies. Would be both creepy and awesome.

A Chevy Chase movie you may have (also) forgotten, but the Fletch character was made for TV. A snarky detective and master of disguise who gets himself in and out of crazy scenarios by the dozen. Cast the right younger actor, and this show would be one to watch.

I am sorry, I know it is a classic, but if you made this an HBO show, and rotated the story timeline like they do in the movie, you could have one hell of a ride. It would be like The Wire, showing us all aspects of criminal life from every vantage point. Plus, you could have killer dialogue, a rotating list of actors, and something unlike television has ever seen before.

I know, the way the movie ended begets that the show would not work the same as the movie. Okay, so how about you move the two characters into two different schools, and we just experience them experiencing life. You could have them doing reunion weekends where they go to the other’s campuses and stuff. Could have a very “It’s Always Sunny” feel to it. If you cast the two leads well, this would be amazing.

I am sorry, but you give this show a decent budget and it would work WAY better as a show than a movie. Each episode could focus on a different aliens or threat to the planet. And if it started getting stale, bring in new agents or go to another planet. Yeah, it could be expensive, but what show isn’t now a days?