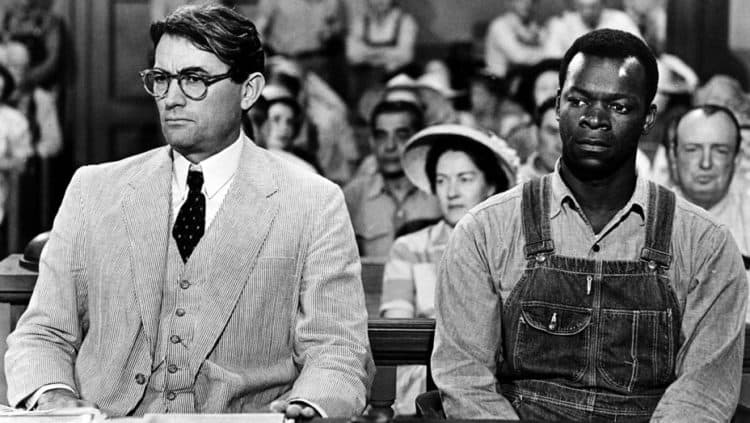 In the modern era of Hollywood, reboots, sequels, and superheroes seem to be the business model for filmmaking these days. A remake should only exist to enhance a film that has a strong premise but failed in execution, yet classics such as Psycho and Ben-Hur have been butchered to add a few extra bucks into an executive’s pocket. This article will examine the five classic movies that came out in the 1960s that should never get the reboot treatment.

To Kill A Mockingbird

One of the most important films of the 60s that tackled racism head-on. To Kill a Mockingbird was based on a novel of the same name from Harper Lee, which centers around Scout and her brother Jem, whose widowed father and respected lawyer Atticus defends a black man named Tom Robinson against fabricated rape charges, which expose the children to racism and stereotyping. To Kill A Mockingbird came out during the height of the civil rights movement during the 60s and it was nominated for eight Academy Awards; This film doesn’t need a reboot because its message remains timeless. To Kill A Mockingbird delivers its themes in a powerful manner, without beating the audience over the head about its message. It’s important to have classic films like this to not only educate the world on social issues but remind society of the evils of the past in order to prevent this type of social injustice to happen in the future.

The Good, The Bad, and The Ugly

One of the greatest spaghetti westerns ever made was a product of its time. Just like superheroes are dominating today’s filmmaking landscape, westerns were at the height of filmmaking between the 30s and 60s. Starring Clint Eastwood, The Good, The Bad, and The Ugly takes place during the southwest of the Civil war, where Joe and a Mexican outlaw named Tuco join an unlikely partnership to find a fortune in gold buried in a remote cemetery. As previously stated, westerns were a product of their time thus it’ll be hard to recapture the magic of these types of films with modern writers and directors. While not impossible to recreate a spaghetti western, the market just isn’t calling for one, thus a remake would likely require severe changes. It’s better to keep the legacy of The Good, The Bad, and The Ugly intact with the stand-alone original, which is a compelling movie that beautifully captures the western era, and produces strong performances from Eastwood and the entire cast.

Another one of the great directors of this time period was Stanley Kubrick, who made numerous classics including the one listed, 2001: A Space Odyssey. Based on the novel of the same, 2001 follows a crew who finds a mysterious artifact buried beneath the Lunar surface and sets off on a quest to find its origins with help from intelligent supercomputer H.A.L. 9000. The visuals for the Kubrick film are fantastic and hold up pretty well, but the film’s exploration of evolution and the progress of humans is a fascinating one. Like Hitchcock or Orson Welles, Kubrick has a unique sense of direction that makes his films stand out differently and unless the famed director comes back from the grave to do the remake himself then there’s no need for another Space Odyssey film.

In the Heat of The Night

In the Heat of The Night stars the first African American male to win an Academy Award for the best male lead, Sidney Poitier. The legendary actor plays Philadelphia police detective Virgil Tibbs, who’s arrested on suspicion of murder by Bill Gillespie, a racist scumbag who happens to be the police chief of Sparta, Mississippi. Tibbs manages to prove his innocence and joins forces with Gillespie to hunt down the real serial killer. Like To Kill A Mockingbird, In The Heat of The Night tackles themes of racism and social injustice but manages to be intense, funny, and thought-provoking all at the same time. Like so many other movies on this list, the message of the film is timely; however, the movie overall tackles the type of racism that took place in that time period.

Dr. Strangelove or: How I Learned to Stop Worrying and Love the Bomb

Another Stanley Kubrick classic was a black comedy satire of the Cold War that started in 1947 and ended in 1991. the film explores a huge what if…examining the wrong person who happened to push the wrong button. It centers around U.S. Air Force General Jack Ripper who thinks that the communists are conspiring to pollute the bodily fluids of the American people. The film is over 90 minutes of insanity, but behind the satire is a deeper meaning that Kubrick dives into in a profound and delicate manner. Making a satire is a very tricky balance and spearheading a war that’s killed nearly 400 people can be extremely risky for any filmmaker to take on. Kubrick understood that balance and knocked it out of the park, something that not many modern directors can do.