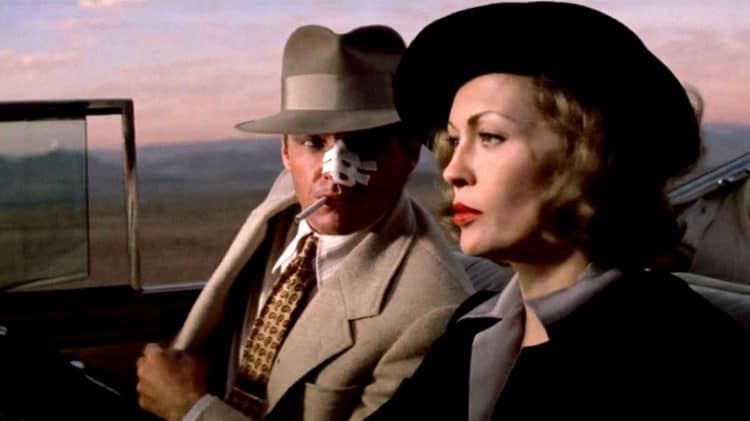 In the modern era of Hollywood, reboots, sequels, and superheroes seem to be the business model for filmmaking these days. A remake should only exist to enhance a film that has a strong premise but failed in execution, yet classics such as Psycho and Ben-Hur have been butchered to add a few extra bucks into an executive’s pocket. This article will examine the five classic movies that came out in the 1970s that should never get the reboot treatment.

By the time 1970s rolled around, the era of film noir was dead; however, Robert Towne and Roman Polanski made the special genre proud with their neo-noir detective story surrounding Los Angeles private eye J.J. “Jake” Gittes, who’s hired by the mysterious Evelyn Mulwray to spy on her husband’s activities. Mr. Mulwray suddenly ends up dead and the real Mrs. Mulwray reveals that an imposter hired him, who leads him down the dark path of corruption and crime in this twisty tale. Nominated for 11 Academy Awards and the winner of one (best original screenplay), this story of greed and corruption made a huge cultural impact upon its release in 1974. Granted, Chinatown bombed in the box office; however, the film is adored by critics and fans alike and was selected by the Library of Congress for preservation in the National Film Registry for films in 1991. There’s no need for a remake of Chinatown because the film is as perfect as it gets. End of story.

New filmmakers started to emerge around this time and one of them is a man you may have heard of, Martin Scorsese. Before all the gangsters, drugs, and boxers, Scorsese wrote and directed a little film called Taxi Driver. Starring Robert De Niro and Jodie Foster, the film follows Travis Buckle, a New York City cabbie suffering from insomnia who increasingly grows detached from reality as he dreams of cleaning up the scum and filth of the city. Travis goes into overdrive when he meets a beautiful campaign worker, daydreaming about saving the world and assassinating the president while trying to save a 12-year-old prostitute. This amazing piece of character work examines the mindset of a sick human being and the glorification of violence and the impact it has on society. Nominated for four Academy Awards, do I even need to explain why this Scorsese classic shouldn’t be remade? Robert De Niro is one of the greatest actors of this generation and Scorsese is a legend of his own when it comes to directing. The themes and message from Taxi Driver are timeless, thus the classic film will be able to resonate with anyone regardless of generation.

The Godfather I and II

It should be said, the entire Godfather trilogy should be left alone. Even the third film. Despite coming out in 1972 and 1974, this is still one of the most celebrated films talked about in pop culture today. The Godfather films elevated the gangster drama and the first two films in the franchise are considered to be perfect by many. The Godfather I and II are centered around Don Vito Corleone and his Italian American crime family. In total, Godfather I and II have won nine Academy Awards and unlike most films on this list, The Godfather was both a critical and commercial success. Exactly how do you remake the perfect film? The Godfather isn’t some typical gangster drama as the complex characters and heavy themes really drive the intriguing story of the Italian American family.

Another gem from Francis Ford Coppola is this war drama featuring Marlon Brando, Martin Sheen, and Robert Duvall, where the war epic centers around Vietnam in 1970 and follows Captain Willard, who goes on a dangerous and hallucinatory journey to terminate Colonel Kurtz, an officer who’s completely lost his mind. Apocalpyse Now puts audiences in the midst of battle and displays the effects war has on these men serving their country. Detachment, desperation, and exploration are several themes beautifully tackled in this film and the stellar cast help brings their characters to life. We’ve seen war depicted in plenty of films before; however, rarely do those types of movies explore the psyche of a man going through a battle. Apocalypse Now is a landmark in cinema and the cultural significance of the movie outweighs any potential remake.

While Michael Cimino will always be known for the financial disaster, Heaven’s Gate, the only reason the talented director got the job is due to his raw and powerful film, The Deer Hunter. Starring Robert De Niro, Christopher Walken, and Meryl Streep, this is another war drama centered around Vietnam; however, The Deer Hunter focuses on the friendship of two lifelong friends Nick and Steven, along with their love, loss, terror, and pain over the inhumanities of war. Despite covering the same war like Apocalypse Now, The Deer Hunter showcases a different perspective on war and the horrors that take place within it.