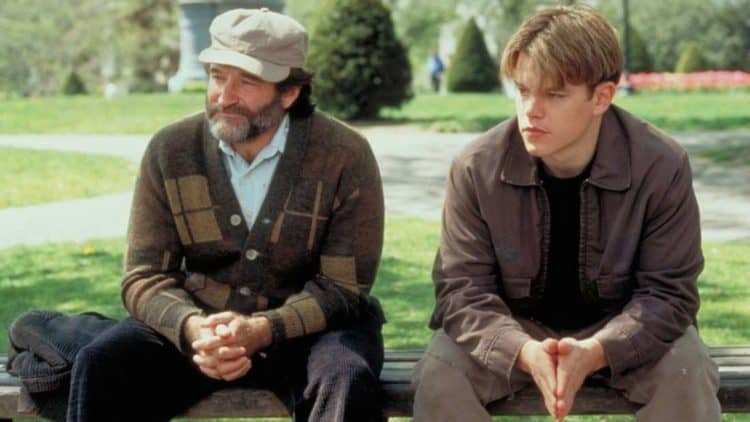 There movies that are meant to entertain and then there are movie that are there to make you think about your life and how it’s really going. Those movies can be touching, funny, disturbing, and even horrific, so long as they make you think long and hard about your life and what really matters. At the end of the day these movies are just more entertainment for the enjoyment of the audience, but their messages really get the mind working and allow the average person to think about how they’re living their lives and what they could possibly change to be happier overall with their existence. These films are often shot in a way that provokes a reaction and thereby gets the mind working over one conundrum or another in an attempt to find the correlation between the movie and their own life, so honestly many of them are quite well done and masterfully directed.

Here’s just a few of the many movies that really make a person think about their life.

What defines you? That’s one of the main questions in this film, but many people tend to move right by it and focus more on the fighting aspect than anything. But the main points of the film have more to do with the idea of who a person is, what identity they assume, and where they fit in the big picture. The fights are more or less a byproduct of a disturbed mind that has effectively split down the middle and created an effect that is something so bizarre that many people didn’t know how to react at first. A lot of folks lambasted this movie until they purchased or rented it on DVD. Then the messages became a bit clearer.

Sometimes it feels like the whole world is actively trying to keep you down, or away from any type of discovery that you might want to experience. But in Truman’s world this was all too true and the show that he was the unwitting star of was more like a gilded cage that was all he knew. But discovery is a strange thing, it makes us yearn for more, to get out and see just what’s beyond our boundaries, self-imposed or not. It was only a matter of time until Truman decided to really push his limits and discover just what was beyond the limits of the only home he’d ever known. In life it’s important to push your boundaries on occasion.

Doing what everyone expects you to do, what everyone wants you to do, and what you’re trained and bred to do is not exactly what any sane person would call living. Jon Keating was the type of teacher that didn’t stay within the well-prescribed lines of the school curriculum and in fact he was more than happy to step out of them from time to time in an effort to teach his students rather than program them as so many others wished to do. Free thought is not a sin after all, it is a virtue that needs to be guided and allowed to flourish so that it can become something wonderful, rather than something that it needs to just to survive.

This movie spoke to a lot of people and more than just those that work in a cubicle all day. While it was a parody of the typical office it still brought up several good points that many office workers likely go through in their average day, week, month, or life. Office work isn’t always glamorous, if it ever is, but it’s also a job no matter how bad it gets, a starting point for some and a haven for others. It’s what you make of it no matter what it is, and the main point is that if you can’t be happy where you’re at then move on, don’t force yourself to be miserable just to pay the bills and be happy.

A lot of us work our butts off throughout our lives to make sure that we have what we need, what we want, and can provide the same for those that matter in our lives. But there are those among us that have the kind of potential to change the world or at least shine in a way that is unheard of, and watching that potential go to waste simply because the person doesn’t want to realize it is kind of tragic. In the end it’s their decision on what to do, but watching them soar is a lot more satisfying than watching them waste what many people would give anything to have.

The movies that make you look at your life tend to make a lot of people realize that where they’re at might not be so bad, but there’s always a way to get to where you want to be.