Home
Movies
Five Movies that People from Chicago Will Inevitably Like 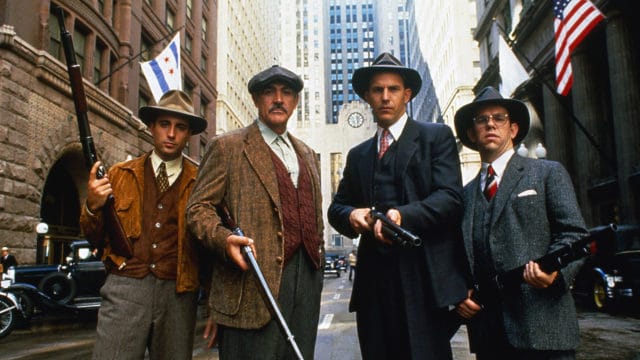 There are many things to enjoy about Chicago but one of the things is the movies that are produced from the surrounding areas. They tend to show Chicago in many different lights but one of them is definitely how impressive and how very deep it’s rooted within the cultures that have inhabited the fair city for so long. While the movies aren’t all shot entirely on location and probably take a lot of liberties with certain areas of the city there’s still a fair amount of accuracy that remains to be found that can allow Chicago natives to take pride in their city based on how the movies portray them.

Chi-town, The Windy City, whatever you want to call it, is where’s it at.

“Yeah? Well you’re not from Chicago.” That’s right, it might not be the norm but when you’re from Chi-town you know how to get information out of someone, even if they can’t be bothered to give it to you. Connery plays this scene out like a true pro as he makes his point loud and clear that they’re going to get the truth or they’re going to get bloody, one way or the other.

It can’t be easy being a weather person. Half of the city probably hates your guts for ruining their day with bad weather that you did nothing to cause and the other half just don’t trust you no matter if you predict the weather right at all. Of course that doesn’t seem like much of a reason to go hurling food items at a person while driving away like a coward.

How deep does a psychosis have to run in order to pull something like this off? Some people are born sick, others are made that way, and then there are those you just never know about until the stuff really hits the fan. This movie was disturbing on a couple of levels because of the believable nature of the defendant and the sudden turn at the end that left everyone flabbergasted.

What if someone’s writing your life right now and you didn’t know about it until it was almost too late? Just think of how it might feel to realize that someone has written your ending and that you only exist based on how they want to use you and put you through your paces? Authors aren’t nice to their characters no matter what anyone says, and it might be worse if that character was actually real.

“Me and the lord, we’ve got an understanding.” Much of this film was shot in various locations but one of the best shots, the bridge jump, was done right in Chicago. This film is one of the all-time classics that is remembered fondly by those of us that grew up with it and those of us that came upon it later in life. It’s silly, it’s ridiculous, but that’s what makes it so awesome.