Home
Movies
Five Movies That are Eerily Similar to The Warriors 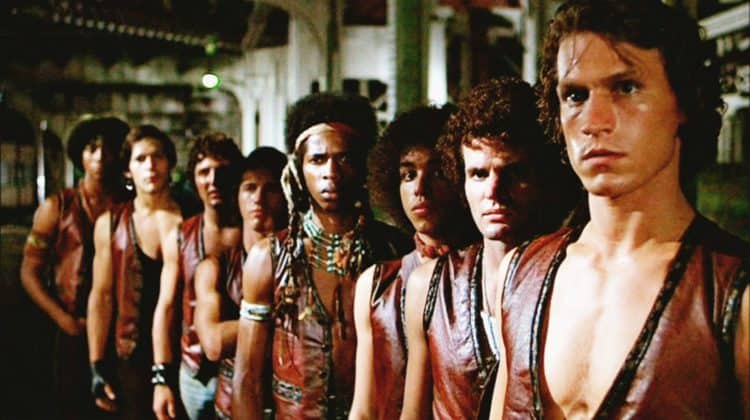 The Warriors is one of those movies that a lot of people might feel is outdated and kind of ridiculous given the appearance of so many gangs and the fact that they kind of run the city considering that they outnumber the cops. But back in the day, this movie was one of those that could easily get a person’s blood flowing since it was action-packed for the time even if it was ripped to pieces by the critics. Honestly, it’s not the best movie ever made but it was something that was, for its own time, a decent idea that could have been given a little more attention and possibly a lot more help with the dialogue. If one looks at a lot of movies from this time period though they’ll probably find that this isn’t the only movie that had a serious issue with dialogue, since decades ago quite a few movies relied on effects and action and were kind of lacking when it came to overall dialogue.

On that note, here are a few movies that are similar to The Warriors.

Despite being historically inaccurate, this movie was a lot of fun since it starred several very big-name actors who would go on to become even bigger as the years passed. While the people that were being portrayed were real, most of them anyway, the way that Al Capone was brought down was far different. This Hollywood dramatization of a bunch of different individuals, a rookie, a treasury agent, a beat cop, and an accountant, didn’t form a unit like this to take down Capone. Plus, despite being a ruthless mobster, many have gone on to argue that Capone was, in public, the kind of guy that tried to do some good, even if behind the scenes he was a monster.

Movies about those that are seen as rejects or undesirables are popular on their own, but when they’re being made to traipse through dangerous territory where everyone wants to kill them, that’s even better for the big screen. Snake Plissken was the kind of guy that a lot of people would probably think was no good and had no real value to society. But when someone was needed to invade the prison island of Manhattan to retrieve the POTUS, well, someone that could be tossed to the wolves was the best choice. It didn’t hurt that Plissken was at one time a highly trained soldier that knew how to get into and out of tough situations.

3. The Lords of Flatbush

A bunch of toughs from the streets usually make a pretty decent to compelling story since the things they do, say, and the situations they can find themselves in provide enough drama for a lot of people that enjoyed Stallone and several others when they were younger. This is the kind of movie that one can tell their grandkids about in the hopes that said grandkids will actually want to watch something that was old before they were even a thought in their parents’ heads. In terms of being a decent movie about a bunch of guys that shared a few common interests, it wasn’t too bad.

This one should be fairly obvious to a lot of people since this movie was all about the guys from the wrong side of the tracks versus the guys who were the type that society thought was perfectly acceptable. A lot of people have come down hard on the movie over the years by stating that it doesn’t stick close enough to the book, but that didn’t really matter to a lot of people that had to read the book in high school since being able to watch the movie in class was a nice reward when all was said and done. And if anyone was caught crying over what happened, well, it was easy to understand.

Out of all the movies on this list, this should be the one that really stands out as being similar to The Warriors since the number of gangs in this movie would be one of the biggest similarities to note. Martin Scorsese definitely turned on the brutality in this one though since the manner in which the gangs went after each other makes The Warriors look like an after-school special given that there wasn’t nearly as much violence. Some could argue that Gangs of New York was set in a time when things were much harder, and they wouldn’t be entirely wrong. Scorsese did take a lot of liberties with the movie since while old New York was brutal at times, there were a few glaring inaccuracies that he put in on purpose to give the movie a little more feeling.

Building on inspiration is pretty common to be fair.