Home
Movies
Five Movies to Watch if You Liked “The Help” 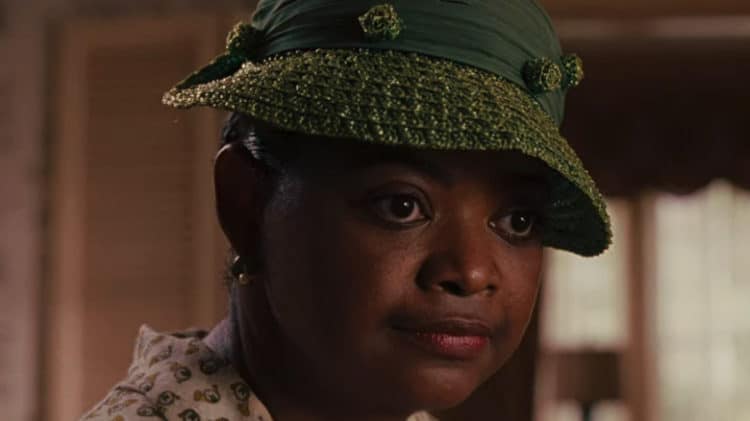 The Help was kind of a fun movie even though it was a very serious drama through most of its running time. But the humor that was felt still shaved off the edges just a little bit so that they didn’t so much cut as they did knock people around and remind them of the issues that were taking place in the time period. The characters felt a little played up at times, perhaps over the top, but otherwise, they were well portrayed and were quite enjoyable. Some people tend to look at this movie and think that the character of Skeeter kicked things off when it came to civil rights, which is kind of funny really since what Skeeter did was gather a story that needed to be told. She wrote down what the other housekeepers and maids and nannies told her, she didn’t create the stories, and she certainly didn’t start the movement that went towards liberation. People really need to learn how to read things more accurately since this movie followed the idea and the reality of how people used to teach each other at one time, and did so in a manner that was meant to be entertaining, not serious, not parallel to history, and definitely not as a true story. Taking this movie as something that it’s not is a fallacy that a lot of people appear to have made.

But here are a few other movies that people might enjoy if they did manage to have a good time watching The Help.

There’s a bit of a shift here in narrative, but the feeling is still roughly the same since people of color were thought even less of in the time period that’s featured in this movie. But the story is still just as uplifting since those that are involved in the tale of Idgie and Ruth are so important to the story that taking them out would ruin the entire tale. Also, the parallel between the story being told in the past and the story being lived by Kathy Bates’ character is quite pronounced since, in order to gain the kind of strength that was needed to persevere, both Idgie and Evelyn had to be strong and assertive in their manner.

Some might watch this movie and state that Celie’s life is a long, drawn-out form of torture that she finally managed to escape at one point, and they wouldn’t be entirely wrong. Even without knowing the full gravity of the movie’s message upon watching this as a younger man, it was hard to watch since treating others with dignity shouldn’t be a hard thing to do. But this is the world we live in, as cinema sometimes reminds us, and whether it’s based on reality or not, many of the stories we see are a little too close to the truth at times for a lot of us to bear. Sometimes the stories are a little too truthful, but they’re still important to think about.

Viewers were actually rather critical of this movie since it apparently didn’t follow the historical model as well as they liked and did what it wanted. The story of Martin Luther King Jr. is one that many people feel should be told with as much dignity and truth as possible, so perhaps there was something there that people didn’t care for, some slip that shouldn’t have made it in. But one thing that people have to keep remembering when it comes to true stories in the movies is that almost every time, things will be changed now and then to present a better chance at provoking the audience.

Imagine having to follow a specific guidebook for lodging, eating, and even filling up a car with gas. That’s enough to make a person shake their since the backward-thinking that went on back in the day is appalling, to say the least. Some might say that it’s just the way things were, but it might be important to remind folks that it was okay to shoot a person over a game of cards at one point, but we evolved beyond that as well. All the same, the movie does have a message that was positive by the end since the two men, Tony and Don, eventually came to understand and respect one another.

We’re always told of how many gave all when referring to soldiers, and rightfully so. But the stories of those that gave all while still at home, and suffer silently at times while history unfolds around them, is a story that also deserves to be told. There’s no championing of mediocrity here, only a chance to tell a story that many might not even think about and sadly, never know that much about. But it’s a story that still has merit, like so many others.

Humor and drama can definitely take the realistic edge from a troubling history.