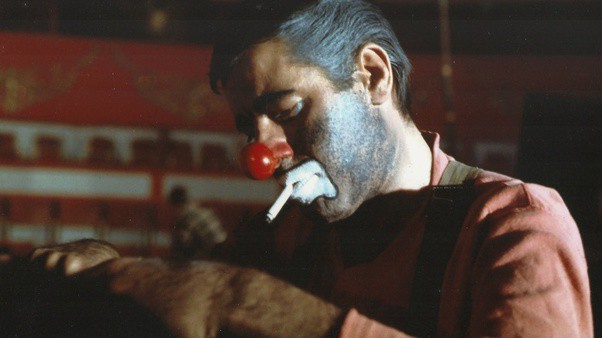 A movie that gets finished but never released sounds like a tragedy, but sometimes there are reasons this happens that are both legal and personal in nature, which can help to bog down a movie as nothing else can. There might be a couple on this list that we’ll see someday since it’s possible that those that are in control of whether it gets shown or not might loosen their grip, but until that time all we can do really is sit back and wonder what might have happened had these movies made it to the light of day in their own time. There are times that one could answer that question readily by saying that people would have rioted or at the very least let their voices be heard long and loud since some of the movies that have never been released possess the kind of content that a lot of people might take serious offense to. But there are also those that studios simply felt weren’t wise to market to the public for one reason or another, and therefore weren’t ready to take the chance on. Learning about these movies might make it possible in the future to see them brought out where people can actually see them, which might be an eye-opener for a lot of folks.

Here are five movies that were finished but never released.

Johnny Depp is actually the one that made it impossible for this movie to be seen since he was absolutely disgusted by the response it received. The movie was his entirely as he wrote, directed, and starred in it as an indigenous man whose family lived in poverty and was trying to find a way out. Agreeing to be part of a snuff film for a large amount of money that would help his family out, the movie then went on to detail the various relationships in his life during the final week before he was to end it. As movie ideas go this really isn’t the worst, but apparently critics felt that this was just too dark and wasn’t worth the effort.

This one might actually have a chance to see the light of day eventually since it does sound as though someone is trying to bring it back. But if it never did, one might think that Hollywood doesn’t appreciate any effort to make any aspect of itself look bad. Of course, that would be kind of ridiculous to think since spoofs about Hollywood have made big money in the past and the ability to make light of the business is, after all, just another way to keep the revenue flowing. But when we might see this one is in question since it does sound as though it still needs a bit of work to make it happen.

Sadly, River Phoenix actually passed away before this movie could be completed, and while the director attempted to get his brother Joaquin to finish things up, the family refused and the director had to go with narrating the last few parts of it instead. This movie has been screened as recently as 2012 at several film festivals, but whether or not we’re going to get to see it is up in the air since at this time there’s been word concerning whether it will be released or not.

2. The Day the Clown Cried

There were a lot of issues with this movie, to be honest, and while some of them had to do with funding since Jerry Lewis funded a lot of this out of pocket, other issues came from him changing the script slightly and taking on the part of the clown in the movie who was attempting to make children laugh. The unfortunate aspect of this was that these children being marched off to their deaths during the holocaust, and as such a lot of people had a major issue with it, as did Lewis at one point. While he did send a copy of the film to the Library of Congress he’s also the one that managed to keep it from being viewed.

It’s been believed for a while and been stated as fact by some folks, that this early version of The Fantastic Four, was created more as a way to retain the rights to the characters than to give the people a new movie to enjoy. Of course, the enjoyment part would have been difficult since the movie was just awful from the get-go, as the trailer was terrible and the acting looked like something that might have been given a solid D to F grade in any acting class. But it was able to keep the rights where they belonged, which was, as mentioned, the likely reason for creating this movie in the first place.

There are a few false starts when it comes to cinema.