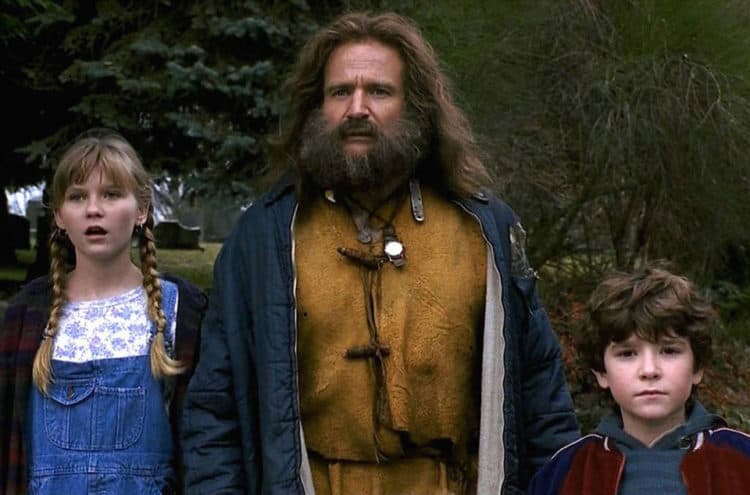 It’s very easy to think a story is over and done with once the credits start to roll, but without seeing things from a different perspective, how in the world do we know if the right people survived? We’re conditioned to root for the good guys and hope that bad guys get their comeuppance finally, but there are moments when it might be interesting to take up a different perspective and see what was really going on during the movie while we were being forced to focus on other aspects and individuals. After all, perspective has a lot to do with how the outcome should really appear in a movie and who is in the right or the wrong. Sometimes it doesn’t really matter, but at other times it’s important to take into account another perspective that might shed some light on what was really going on in the story. Sometimes it doesn’t make a whole lot of difference since the story might align with the main character and be close to the same, but in other cases it might be that we would be given an entirely different story. It would be kind of interesting to see how such a thing would work out.

Here are five movies that could have benefitted from a different point of view.

We already heard what was happening with Alan and thanks to the more recent movies we have a good idea of what was happening inside the game. But what about those that were left in the real world? What about Sarah? What about Alan’s parents? The grief and the pain they must have gone through after losing their son, and the torment that Sarah must have felt after watching Alan being sucked into the game would have been horrible. Plus, it put Sarah on the fast track to becoming the weird child in town that a lot of people didn’t want to talk to since she was adamant about what had happened. Alan had it bad without a doubt, but he wasn’t the only one that had troubles.

There are a couple of different perspectives that could be used for this movie, and a couple of them would end eventually, such as Bubba and Mrs. Gump. But what about Lt. Dan? What about Jenny? Those points of view would be great to see since both of them obviously did quite a bit after they stepped out of Forrest’s life each time, and it would have been very interesting to see what they’d done with their time. Somehow Lt. Dan ended up in New York, and who knew just where Jenny ended up half the time. Just tracking one of them would have been a good use of time in the movie since it would have explained a lot that went into each time they met up with Forrest. And seeing how Lt. Dan made his way down to the bayou would have been intriguing.

It might be argued that Carol Anne was a big part of the movie and that was true, but if we’d seen things from her vantage point that could have been pretty cool since it would have been a mind trip no doubt. Keep in mind that for a good part of the movie she was stuck in the spirit world and was obviously being chased by someone, or many someones. That would be a seriously traumatizing experience, one that might haunt a kid for the rest of their life since it would take a serious amount of therapy to even touch that kind of an issue. Plus, it didn’t end until the third movie, when her tormentor was finally shown the way to the light.

Seeing things through Bucky’s eyes would have likely told a much more horrifying story than if we’d seen them through Steve’s since it would likely show a few atrocities that he’d been sent to commit. If every one of his indiscretions was to be known it feels fair to say that he might not be given a second chance in Wakanda, as he might be too much of a liability. But learning how things went down from his point of view would be enough to give fans another look at how things really happened.

This movie feels as though it was told in the way that it was supposed to be, and it was done well enough that it didn’t really need another point of view. But if it had been told from Sam’s point of view, the little guy with the sack on his head, it could have been very intriguing since there was a rhyme and a reason for each tale to turn out as it did, especially given that it was Halloween when all of this took place.

Sometimes the point of view can make a huge difference.