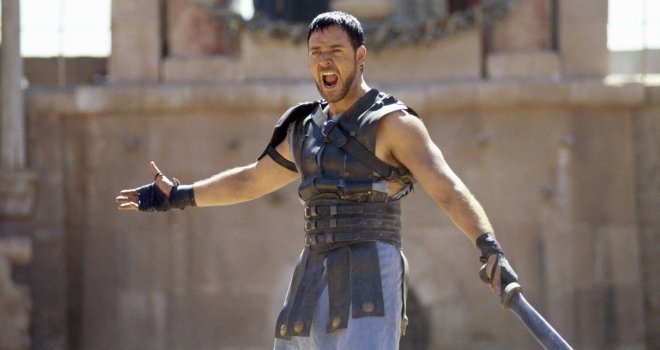 Just because some people are bound to ask “Where’s Avengers: Endgame??”, I will gladly explain. Iron Man was definitely ONE of the main characters, and his sacrifice was perfect since it saved the earth and probably the cosmos from suffering another snap from Thanos only a short while after everyone had been brought back. But despite the fact that his tragic though heroic end was great, it did shake up the MCU in a big way and some people are still trying to recover. The movies on this list are displaying actual, singular characters that were the driving force behind their movies and had plenty of support, but were still more or less THE main character rather than part of an ensemble of main characters. Plus, the sacrifice that the rest of these characters made might not have been as grand, but they were perfect for their movie and didn’t leave behind a legion of shaken fans since their deaths were definitely meaningful, but didn’t carry over as much as Tony Stark’s. Plus, and some might find this blasphemous, for all the intelligence that Stark had, wouldn’t it have been possible for him to find a way to survive the ordeal using some sort of dampener that would have lessened the effect of the stones?

In any case, here are five main characters that were given a perfect death in their movies.

Set in a dystopian version of England, this movie was a bit hard for some people to get into primarily because it offered up a lot of exposition with bouts of action that started becoming more and more pronounced as the movie went on. The character of V felt fanatical in a way but also controlled in his actions since while it would appear that he was ready to lead a revolution, he was not a madman or a person with such a narrow field of vision that he didn’t see what was happening to the people. Instead, his plans were simply brutal and they were purposeful since he knew the sacrifices had to be made, but that it would take one misstep for the government to come crashing down.

A lot of movies set in the future appear to have a very dystopian feel to them unless they’ve somehow become a vision of what life could be when seen in a positive light. But this isn’t one of the latter movies since the main premise is that women can no longer have babies, so when one woman in the world is found to be pregnant, she becomes both a symbol and the most important person alive since in the beginning of the movie, the youngest person in the world is killed, thereby eliminating what many people feel would be the future. By the end, the main character, played by Clive Owen, is dying, and yet the story is bound to go on.

Just imagine how it might feel knowing that you’ve already served your country and you’re being asked to head back into the fires to save a single soldier. Granted, he was deemed worth the effort and Tom Hanks’ character had his orders, but it’s a lot to ask of any soldier that’s already been through hell to step back into the maelstrom in order to find one human being among the madness. In the end, Ryan’s rescuers end up giving their lives so that he can go home, but the best part is that as an old man, and likely through all the years before that, he remembers them and what they gave to keep him safe.

Obviously, much of this movie was taken and redrawn in order to make it stand out as a blockbuster, which it did. But the death of William Wallace was accurate at least since he was accused of being a traitor to the king even if he never swore allegiance to King Edward. He was hung, disemboweled, and drawn and quartered, his different parts being placed in different locations. He still retains his status as a hero in Scotland, but since the movie came out quite a few people have fact-checked it only to find that much of his story wasn’t told anywhere near accurately by Mel Gibson. People still like the movie, even if it’s not how history happened.

Just so we’re clear, Maximus is not a real character from history, he’s more likely a composite of several characters that Ridley Scott and the writers put together since the story of Gladiator gets some facts right and butchers others, especially when it comes to Commodus. But a fight to the death in a gladiatorial contest with the emperor is still a meaningful and impressive end since it gave Maximus a great death and one that had implications for the rest of the fictional look at Rome.

Sometimes the good guy has to die to get the point across.