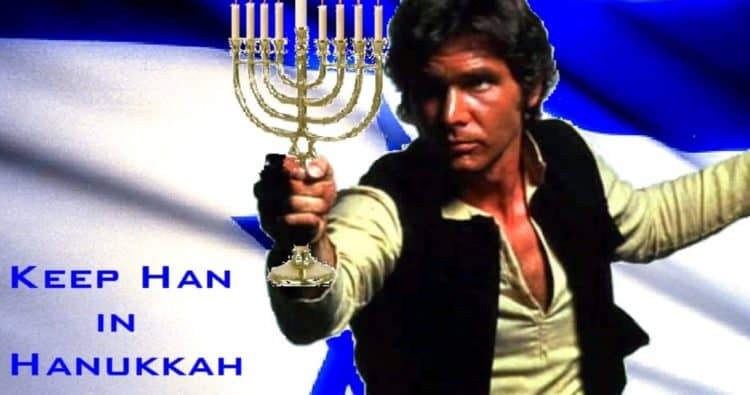 As the holidays are upon us it’s usually wise and respectful to observe or at least acknowledge the different holidays that are being celebrated this month. Christmas is of course one of the biggest holidays in the US that is being thought of, but Hanukkah is also a big one that a lot of families throughout the country have been celebrating for quite some time now. While it might not be everyone’s tradition to sit and binge-watch movies and their favorite TV shows throughout the season, it’s definitely a practice that many people still get into and can’t help but feel isn’t always as inclusive as it should be. But for those that want to see movies that might have at least a little to do with Jewish traditions, the movies below might offer up some entertainment and even a few good laughs as well as heartfelt feelings that can make you feel more at home.

Here are five of the best movies to watch during Hanukkah.

5. Fiddler on the Roof

A lot of this movie has to do with tradition and what people do to try to keep them, and what others try to do to change them so that they can be happy and still hold with older traditions that people feel are so important. One can easily argue that tradition is great and that it keeps old beliefs alive but there are moments when it has to change along with the world in which it exists, or things become increasingly stale and nothing moves forward. Change isn’t always kind after all and it doesn’t go by without people getting hurt now and again, but it is still vital to any culture as to change is to continue living, while not changing is just surviving.

The (hopefully) final chapter in the Focker family is one of the funniest no matter if some folks didn’t particularly care for it since introducing the kids into the mix leaves no doubts that Jack Burns is definitely going to be a part of their lives for some time to come. But of course in true form Jack goes overboard with his ideals and continues to try and test the limits of Greg and Pam’s relationship as he misreads a situation and at the same time attempts to divide and conquer in his way to keep his family going in the direction that he thinks it should go. Thankfully in this movie Greg finally steps up, again, and makes it known that this is his family as well.

3. The Prince of Egypt

This is one of those tales that’s been told numerous times and yet never seems to get old for many people. How true it is depends on more than the version we’re given, but this time around things are actually kind of interesting and the use of song and imagery are great since they tend to get the point across very well. There is a whole lot more to this story no doubt that many versions haven’t given us, but given that it happened so long ago and was written down by one hand and then copied by so many others it’s hard to say whether the story of Moses and his people has survived intact and unchanged throughout the years.

It’s so easy to ruin a life that some people do it without much effort. Stone is that kind of guy since a tragedy in his past left him as a burnout that no one had faith anymore aside from Whitey, who is basically the town joke despite being the guy that is one of the most dependable souls in the entire place. This is a story of two individuals that really need each other even if one of them isn’t willing to see it at first. Stone is perhaps one of the best examples of a guy that really needs someone to believe in him, but is bound and determined to make sure that no one is going to thanks to his constant attitude.

Feivel’s story is one of those that’s ultimately quite sad but is full of fierce determination and the kind of spirit that never gives up. While the fallacy of there being no cats in America is pretty easy to see, Feivel still exists as the bright spot of hope in a story that might otherwise be kind of depressing. The sequel to this movie didn’t do all that well but the initial movie is one that a lot of people still remember and still watch throughout the year since it’s a great tale of a character that captures the hearts of a lot of young viewers back in the day.