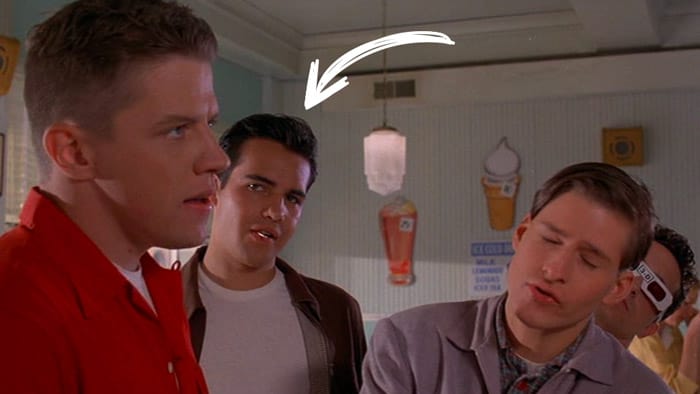 It’s a little hard to think that for the skill that Billy Zane has that he’s been forgotten quite a bit when it comes to the movies. The guy has the looks and the talent, and yet he’s been kept from taking on bigger roles for quite a while as he’s been stuck in bit parts and as an extra at times, or has been cast in movies that haven’t gained nearly as much attention. This is kind of a waste for a guy that’s this good at what he does, especially since when he’s put with decent actors he can keep up rather easily and doesn’t really overdo it too much so long as he’s given a solid part. He can be a little melodramatic and he can go over the top in his own way, but if that’s all that’s been keeping him out of the bigger roles over the years then it’s kind of a shame. The fact that people have forgotten him at all is even worse since any time he’s on-screen he puts on a great performance and plays up to the character he’s taken on without fail. He has had a few clunkers that weren’t really worth mentioning, but even with those in mind, it’s easier to think that he should be starring in bigger movies than he has been.

Here are a few movies that you might have forgotten that Billy Zane starred in.

It’s kind of easy to forgive anyone that forgot about this movie since it was such a low-budget movie that shaking the camera counted as an earthquake. As Adam Sandler’s first movie it was about as campy as it could be while still being watchable, but Billy played a small role in the movie as King Neptune, who gives Shecky, played by Sandler, advice on how to be a better stand-up comedian during his time aboard a cruise ship. It was by far one of the least memorable movies of Sandler’s but it did star a lot of people that would either one day go on to be better known or were at least funny for this one movie.

This really felt like the attempted comeback of Pauly Shore but the sad part is that it was just Pauly Shore 1.5, not even rating a 2.0 since it was a lot of his same antics but with more edge to them since he wasn’t playing to a family-friendly crowd and had more leeway to do what he wanted. Zane was barely noticeable in this movie even though he was there and stood out in his own way, like usual. This movie though, yikes. The trailer made it look insanely funny, as trailers are wont to do, and yet watching it made one realize that sometimes all one really needs to do is watch the trailer and say ‘I’m good”.

3. Back to the Future

Zane plays one of Biff’s goons in this first movie and in the second movie as well, but he’s there as an extra for the most part and doesn’t have much to do other than be a goon. This is one of those roles in which those in charge might have been better off getting someone that was new to the scene or someone that didn’t get a lot of attention. Seeing Billy in a role like makes it feel as though he should have had more to do or that the story could have been altered somehow to make the goons a little more visible since all they really had to do was be there and look faintly menacing, which they still didn’t do.

2. Tales from the Crypt: Demon Knight

In this movie he was at least given a pretty big role since the demonic collector that was after the key that William Sadler’s character was carrying was funny and definitely perked up the movie a bit since he added the only real comedic performance in the movie. It was a little over the top but it did lighten things up in a way that was kind of fun and was in keeping with the whole feel of the Tales from the Crypt franchise. Plus, it almost feels as though he was given a bit of freedom to do what he wanted with the character and it worked.

This role actually worked since one might not even know it’s him in the movie if they don’t look twice. Mr. Fabian was definitely a cultured flower in the middle of a snake-bitten territory that was trying to pass itself off as a proper metropolis, and the sad part of this is that he paid the price for being noble as his character was killed off at one point. He still played a solid role, especially since the proper gentleman actor that he portrayed was manly enough, but just wasn’t as hardened as those he tried to fight off.

He really needs to make a resurgence into blockbuster movies.