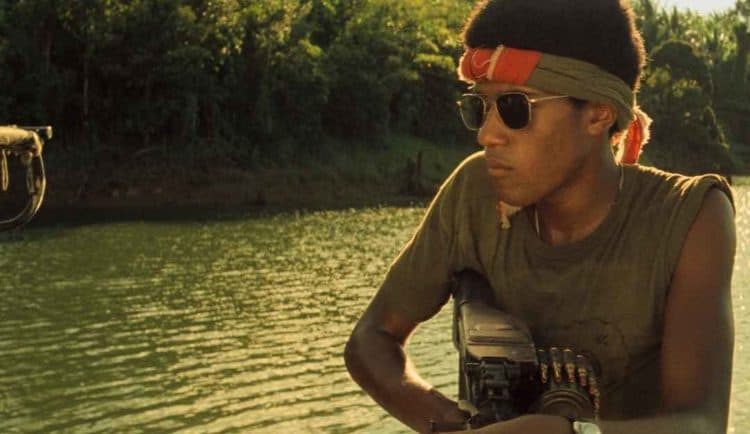 It’s not always easy to think that you might miss someone as famous as Laurence Fishburne when it comes to the movies they’ve been in, but memory is a funny thing sometimes since it can serve or it can slip at the strangest times. Sometimes people don’t watch every movie that an actor is in, or sometimes they simply don’t recognize them for some reason, but it is possible to forget where we’ve seen some of our favorite actors from time to time. Now and again it could be that these actors were technically too young for their roles when they took them and somehow managed to get in anyway, or it could be that the movies were allowed to slip quietly into obscurity. There are a lot of reasons why we might not recognize an actor in a movie, especially if they’re not the main focus. But Laurence Fishburne has been hard to miss for a while, so it’s difficult to think that he might just up and disappear into a set without anyone remembering that they’d seen him.

Here are a few movies you might have forgotten that Laurence Fishburne was in.

This one’s not too hard to figure out since the story doesn’t really revolve around him despite the fact that he is a prominent character since he and Kevin Bacon play the part of detectives that are on the trail of a murderer that killed the daughter of one of the main characters. Perhaps it’s the fact that the story revolves mainly around Bacon, Sean Penn, and Tim Robbins that makes Laurence a little less visible, but it could also be that people need to be reminded of this movie sometimes since while it was interesting, it was also the type of story that’s not exactly grandiose in nature since it has a very localized focus.

Strangely enough, this movie wasn’t one of the favorites in the Predator series and I say strangely because it focuses mostly on the action and not as much exposition. When a mixed group of specialized fighters and one very out-of-place doctor are dropped on an alien planet, they eventually find their way to what looks like an old mining facility. Fishburne portrays an individual that has been on the planet for far longer than any of them and has gone a bit crazy as a result. His character is eventually killed off by the predators, who apparently have been searching for him for a long time.

Like a few others that have been a part of this franchise, Laurence didn’t get a lot of screen time, but he had enough to be noticeable to those who were really watching. His role as one of the orderlies, Max, makes him part of the movies but this is where it ends as well. Max is a well-meaning individual but like many that have to deal with the murderous antics that Freddy gets up to, he’s simply not ready to see the result of what happens when Freddy goes after those that he sees as his targets. One can imagine that a lot of orderlies would end up quitting if their patients were somehow stuffed headfirst into a TV.

This may or may not be one of those movies that should make the list but it is a fun movie to mention since it goes into a lot of cultural detail as it pertains to college life decades ago. Sadly, things haven’t really improved that much, but Laurence played one of the characters who was attempting to teach people that things weren’t quite as bad as they believed. His role as a professor was one that allowed him to be stern, unyielding, but also capable of teaching others once he’d broken past their preconceptions of how the world was and would always be. If nothing else, this movie was a decent attempt to make a college movie a little easier to relate to from a certain point of view.

The amusing thing about this movie is that Fishburne was underage when he signed up and he was still allowed on set since he lied about his age and no one verified this. Even more amusing was that by the time the movie was done filming he was seventeen, so there was less of a problem and it was too late to go back and do anything about it. Back in the 70s things were definitely a little looser and not quite as strict apparently, but if one has seen the movie they’ll note that Laurence does a pretty good job when it comes to his role and despite being 14 was definitely ready for Hollywood.

Sometimes it’s not hard to miss an actor, but other times one might need to pay greater attention.