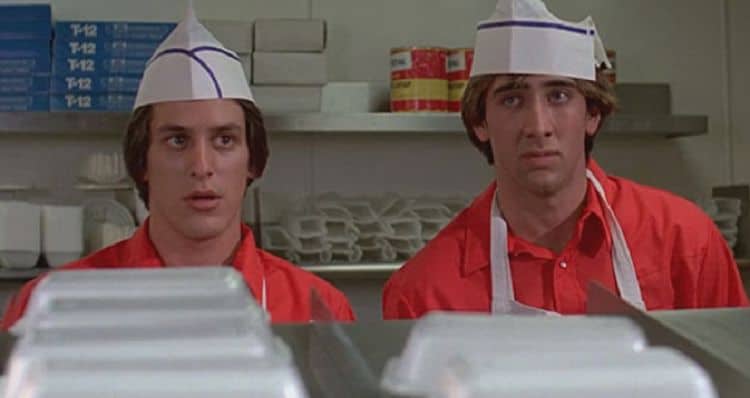 It’s a little hard to forget Nicolas Cage in anything, isn’t it? The guy gives an impression that a lot of people just don’t tend to forget, but when one takes into account how many movies he’s done over the course of his career it’s easy to think that memory is going to slip on some of them since he’s been a busy guy over the years. Granted, a lot of that was done to pay off debts that were incurred when he was spending his money faster than he could make it, but now it would appear that he’s just going for it when it comes to continuing his career and starring in as many movies as he possibly can. Those that are far in the past aren’t entirely forgotten but some of them have definitely slipped from memory either because they weren’t that great or they weren’t really big roles, to begin with. There was a time when Cage wasn’t that well-known and still had to establish himself as someone that was worth paying attention to, and it’s kind of surprising to think that after making so many movies that people have kind of kept their distance from him in recent years. The guy’s a good actor, but he’s definitely made a few clunkers.

Here are a few movies you might have forgotten that Nicolas Cage was in.

Time does strange things to memory since it feels that only a handful of people would really remember this movie considering that the same formula has been used so many times in the movies. When Peggy Sue faints at a class reunion and wakes up back in the past she tries to make different choices to create a better outcome for her life in the future. Eventually it happens that she remembers various parts of the past that she’d forgotten, and realizes that she would have made the same choices no matter what happened, which results in her making the return to the future, where she finally feels satisfied with how things have turned out.

The best conmen in the world are usually those that don’t get rattled, don’t have phobias, and hopefully aren’t afflicted with OCD in a manner that makes them more than a little irritable and definitely prone to being unstable. Cage’s character in this movie is the kind of guy that’s calm and cool in most cases, but when he discovers that he has a teenage daughter from a previous marriage things go haywire quickly. The only real problem is that when it turns out that his daughter is just another scam artist and is working with his partner he’s left with nothing except his ex, who takes him back as he creates an honest life for himself.

If this one is forgettable it’s because it was just that boring considering that it’s about a man that doesn’t have a handle on his life and is more or less forced to go through life taking heaps of abuse and the constant disrespect that he gets from pretty much everyone. The act of taking up archery as a hobby tends to make things better, and when he gains a bit of confidence he finds that life starts to take on a different meaning. But the whole thing is, as you might guess, kind of boring simply because it doesn’t feel as though there’s much of a point to it other than to show a regular life that many people can relate to.

It’s a little bit funny that he could be forgotten in an action movie, but then again this one was kind of forgettable since it was there and gone in a very short amount of time and it was one of Cage’s less than popular movies that people thought might have been great but didn’t really perform that well. The whole idea of him being an assassin isn’t so bad, but it’s the fact that he’s an assassin with a conscience, something that’s been a popular trope for a while, that kind of made this movie falter just a bit since this tends to get a lot of onscreen murderers in trouble or worse.

His role in this movie was small enough that it would be easy to forget that he starred in it in the first place. There are plenty of movies that feature big-name stars before they hit their stride and it’s usually a lot of fun to see these individuals in smaller roles when they still had to prove themselves. It reminds a person that no one really attains stardom without taking on roles that might not be that great or that visible.

The guy has been in a lot of movies to date, but only a certain percentage of them have been that great.