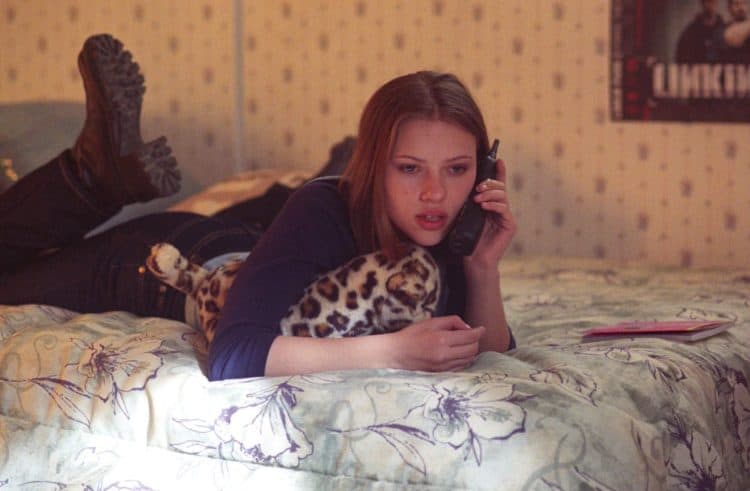 A lot of people are probably going to say that there’s no way they would forget Scarlett Johansson no matter what movie it was, but the truth is that when people start to grow up and do so from movie to movie, it’s going to be easy to forget certain roles they’ve performed in favor of others. Scarlett has been around for a while in terms of acting and many people have had to chance to see her grow and mature over the years into the actress she’s become. The truth is that she started out being a pretty good actress and she’s only gotten better as time has passed, but forgetting some of the movies she’s been in isn’t the worst thing that could happen since all it takes is a look to see what she’s done to jog one’s memory and recall just why she’s considered to be one of the more popular actors in Hollywood. She’s taken on so many roles at this point from drama to sci-fi to action that she’s managed to become someone that’s reliable for just about any role, so long as people don’t have a problem seeing her take it on.

Here are a few movies you might have forgotten that Scarlett Johansson was in.

Yes, this movie was ridiculous, but in such a great way that people were actually excited to see it. Ashley, the character that Scarlett was playing in this movie, wasn’t really the typical teenage girl since she did actually listen to her mother occasionally, though she was adept at hurting her mother’s feelings, which is kind of textbook for a teenager at times. But let’s be honest, the moment that she used the stun gun on her slightly too handsy boyfriend, after stating that she wasn’t ready to go that far, was pretty funny since it made the point that no does mean no, and it kind of proved her mom right. How embarrassing, right?

This was a rather fun movie that the entire family could easily enjoy since it had a lot to do with older songs that adults would know and newer tunes that younger kids would enjoy. On top of that it went through a few different stories that came down to the same fundamental point of believing in oneself when it came to following their dreams. Ash, the part of the guitar-playing porcupine played by Johansson, was interesting since she was being continuously held back by her boyfriend and fellow band member, who had skill with the guitar but didn’t have much of a singing voice. Ash on the other hand could do both and was therefore worth the notice.

It was very easy to forget that this movie even existed since after Home Alone 2 it feels as though people had had enough of this idea for a while, and without Macaulay Culkin, the idea just wasn’t that popular. Even Scarlett couldn’t bring this movie to life in a way that would make people pay attention, especially since she wasn’t one of the main characters. At the time this movie came out it was well past the time that Home Alone was being relegated to the status of classic and it’s fair to say that a lot of people weren’t ready to see the idea revived in this manner, especially without Culkin at the helm.

For being such a potentially great story this one was kind of buried back in 2005 when it came out since perhaps the use of clones was becoming a rather dry subject, though lord knows why. Instead of being seen as something that might be interesting and even worth pursuing, the movie was kind of forgotten and left for others to find. But the whole premise is that clones are created, grown, and then harvested when the individual they’re grown from needs something, such as a transplant or something else. When two clones break out and discover the truth one can only imagine that things would begin to fall apart.

One can easily say that Scarlett has been fortunate to act alongside some of the most famous names in the business, and can now claim to be one since her time spent with Robert Redford was definitely memorable in a way since a lot of people felt that this story was a good one even if they forgot that she was in it. The whole idea was that Scarlett’s character suffered a horrible tragedy when she lost her best friend and was horribly injured. The mental trauma was much worse, but this was taken care of, in part, when her horse started to recover, as this helped her to do the same as she opened up about the accident.

Yes, pretty much anyone can be forgotten in a movie.