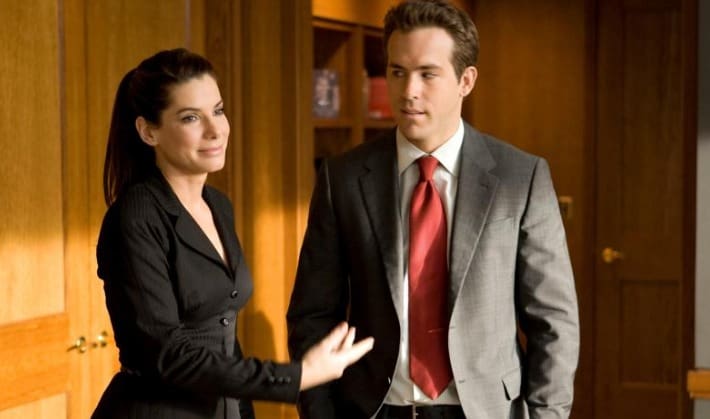 If you’ve never watched The Proposal then now is a perfect time to do so since quite honestly it’s both hilarious and touching all at once since as a romantic comedy it’s one that will have you laughing and then getting a big case of the feels in the next second. The gist of the story is that Margaret, a professional and very hard-hearted businesswoman, discovers that her visa has run out and as a Canadian citizen she’s about to be deported, meaning she’ll lose her high-paying job. So in response to this she announces that she and her unfortunate assistant, Andrew, are getting married, which Andrew can’t say no to initially since she blindsides him. When it’s discovered however that Andrew’s family is rich and that they’re simply good people, Margaret can’t go through with it, though by this time she and Andrew have started to feel something for each other, making it all the more difficult when it comes to making things work.

Getting married to obtain a green card is perhaps one of the worst ideas in the history of bad ideas since no matter if it works, the INS usually takes a dim view of people working the system in such a way and will come down hard on those that do. When Georges and Bronte do it however they simply can’t stand each other and it’s simply a way for George to get into the country. For all the trouble and hassle however Bronte eventually come to realize that they do care a great deal about one another, but there’s one problem. Georges, after admitting that the marriage is a shame to the INS, is deported back to France, where Bronte eventually moves to be with him.

Ever notice how feelings and emotions get more and more powerful when weddings are mentioned? Mary is the kind of woman that puts her career ahead of everything it seems and despite her father’s best attempts to marry her off she simply hasn’t found the one that she can connect with. That is, until she’s saved by the man that will capture her eye and her heart all at once. Unfortunately for her he’s engaged to be married, and while the back and forth emotions that are flung throughout the movie are quite powerful it only seems to confuse Mary until she finally realizes she can’t do it, leaving Steve to go find her.

How in the world do you just forget to divorce someone? Well, it could have something to do with wanting to get out of the town you’ve been born and raised in or it could have something to do with wanting to be successful, which Melanie has done by the time the movie really gets going. The only problem with getting engaged however is that she first needs to get divorced from the husband she’s estranged from, and when she makes her way back to Alabama to do just this she ends up falling in love all over again after a while, despite the back and forth vitriol that spews between the both of them to begin with.

You might think that attending more weddings than there are months in the year would be enough to wear a person down when it comes to thinking that they’d love to be person on the altar getting hitched. But Jane seems to take the saying ‘always the bridesmaid never the bride‘ to heart. This obviously makes her look a bit odd in the eyes of many, but when it comes to Kevin she’s someone that he happens to think carries more substance to her than many people recognize. What this means essentially is that she has a reason for not having been married yet, but as it turns out it was one of the silliest reasons you can think of.

There are a lot of things that a person could be known for and it might actually make them a decent or even interesting individual. Running away from the altar, actually RUNNING, is not one of them. When it becomes obvious that this is her M.O. when it comes to getting married the story gets out and attracts all kind of attention, along with a reporter that is promised a wide spread and a lot of coverage for his article if he can make it work. The only thing is he eventually winds up falling for the bride and tosses his reputation and just about everything else away as he realizes that he’s fallen in love.

Stories of love and comedy that grip the attention and the heart at the same time are great since they tend to leave you with a happy feeling once the credits start to roll. Happy viewing.