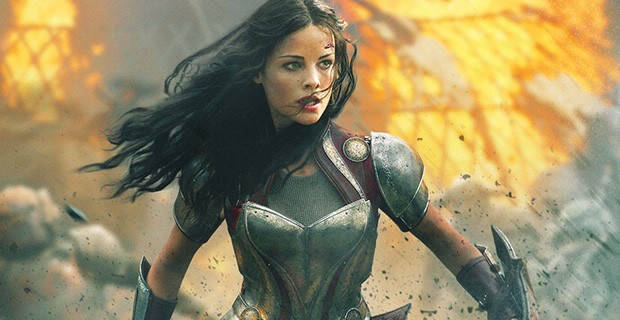 Marvel movies have been some of the highest grossing blockbuster films in recent memory, starting with the first Iron Man film in 2008 and culminating in 2012’s The Avengers. Even since The Avengers, however, most of these actors who portray the superheroes and villains that we love to watch on the big screen have been giving it their all in second and even third installments of these Marvel movie franchises. Although all of the performers in each Marvel movie have been pretty stellar (well, aside from Mickey Rourke in Iron Man 2, but there was A LOT wrong in that movie), some of these actors stand above the rest. Here are five of the best Marvel movie acting performances.

Robert Downey Jr. is the most no-brainer pick on this list. He’s the king of the Marvel movie – the guy that started it all in the first Iron Man film. In all three Iron Man movies, Downey Jr. has been smug and narcissistic as Tony Stark while also being equally strong and heroic as Iron Man. However, whether he’s got the suit on or not, Downey Jr. is always one thing, and that’s charismatic. We’ll definitely see him in Avengers: Age of Ultron, and I really hope that’s not the last we will ever see of Downey Jr. in a Marvel movie. He’s just too good to let go.

It must be pretty easy as an actor to phone in a bland and boring performance when you get the role of the “boy scout,” “good guy” character, yet Chris Evans is consistently entertaining and always interest as Steve Rogers in the Captain America films. In the first installment, Evans had to be the quintessential 1940s war hero, but in both The Avengers and Captain America: The Winter Soldier, he’s been allowed to expand on his performance, digging into Steve’s “fish out of water” nature in the present day and also showing off even more physicality as he battles against the corruption that is Hydra inside of S.H.I.E.L.D.

While Chris Evans’ character calls for him to be more contained, Chris Hemsworth’s Thor is literally larger-than-life as a good who falls for a human named Jane (Natalie Portman) and must battle with his deceptive adoptive brother, Loki (Tom Hiddleston, who may or may not make an appearance below). What’s so remarkable about Hemsworth’s performance is its believability. Even though his line readings could easily become a terrible reading of Shakespeare play, Hemsworth brings gravitas to each word he speaks and each action Thor takes. He’s a god, yes, but all the stakes surrounding him feel incredibly relatable, essentially human.

I’m sure some people would choose Scarlett Johannson as Black Wido over Jamie Alexander’s portrayal of Siff, but for me, Alexander hits every right note. She’s tough, confident, and strong, while also possessing “girl next door”-esque charm, as Siff quietly pines for Thor. Alexander’s performance is equal parts commanding and also quietly beautiful. She conveys so much simply by the look of her eyes, and that type of subtle acting deserves to be recognized when there’s so much over-the-top going on around it.

This list would not be complete without Tom Hiddleston. There’s a reason why Loki has been the only major returning villain in any Marvel movie, and that’s because Hiddleston’s performance is charming, so disarmingly entrancing, even as Loki is being incredibly evil, that moviegoers just crave more and more of him. It’s pretty freaking difficult to make the villain of a franchise more popular than its hero, but with his performances in Thor, The Avengers, and Thor: The Dark World, Hiddleston has done just that. Hopefully, we see even more of him in future Marvel movies. I have a sneaking suspicion that we just might.

So What is a Cold Open Anyway?