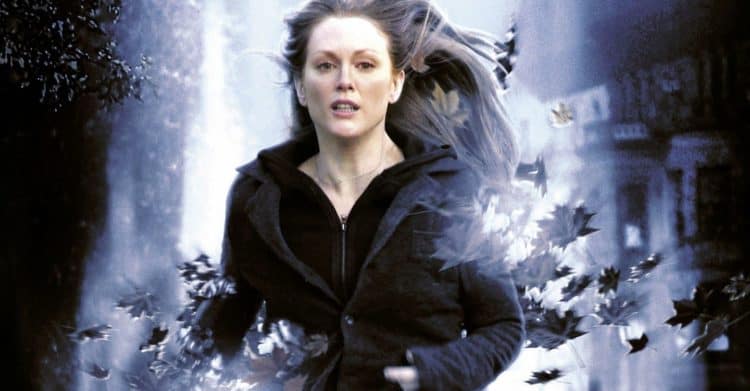 It’s regrettable, but some movies just don’t stick in the public consciousness all that well since after a few months to a few years they tend to be forgotten for one reason or another. Sometimes it’s that they didn’t last past the hype and flash that was used to bring them to light, and then there are those that people actively forget for some reason because they weren’t really that great. But with some movies time is the only necessary component to make them appear a little more worthwhile, since it could be that they came out at a time when things weren’t right for the content, and it could be that people were suffering fatigue from having seen the same type of movie over and over when the movie was released. No matter what the reason might be, there are quite a few movies that suffered from the lack of any real reason to remember them. Some of them do have a very convincing cast, while others tend to use a few relative unknowns and as a result find that people aren’t willing to remember the movie that much until it’s realized that a big star in the making was attempting to make themselves known.

Here are a few movies that were easy to forget.

On paper this movie probably looked a lot better than what it turned out to be when it released. It was supposed to be one of the best occult movies of its time, and the effects were supposed to be just awesome and unable to be criticized. But the truth is that the bigger effects came off as kind of cheesy and not all the convincing. The two big stars that came out of this movie were Sebastian Stan and Taylor Kitsch, as the rest of them have likely gone on to do other things with their careers but aren’t quite as well-known to a lot of people. When it comes to being an impressive movie about warlocks it’s easier to give a shout out to the Julian Sands movie from the 90s.

4. When A Stranger Calls

This feels like a giant waste of a movie for several actors from Camile Belle to Tommy Flanagan to Clark Gregg to Tessa Thompson since it had a workable premise and a plot that could have gone somewhere, but at the same time, it didn’t. The urban legend of an intruder calling from within the house when a young woman is in the home alone, or babysitting, is what this story was built off of, and the tale works since it scares the living hell out of people. But this movie kind of took that plot and started tripping and stumbling with it in a manner that was beyond frustrating since the list of actors in the movie are all better than they were shown here.

This really feels like it was an edgy way to make the presidency into a comedy standup routine, and it’s not hard to see why, but I won’t go into that. Chris Rock isn’t a bad actor, but he’s better off sticking to roles that challenge him since a comedy movie isn’t something that he’s going to bomb from his point of view. To say that he was okay in this movie is all well and good since he does a great job of acting. But for one reason or another it didn’t feel that this movie really came together, as though it was skimming along the top of the idea without deciding to go that deep into the real heart of the plot.

It’s hard to say that this is a forgotten movie since it was well-scripted, the dialogue was great, and whole idea was pretty cool. But somehow it did feel as though it was missing something within the spaces between the individual stories, some really important quality that might have brought it all together in a much more cohesive manner. But the acting was great since one has to imagine what it would be like to realize that your kid is missing and how one could feel trapped by every decision they make when the wrong move could cause the kidnapper to do something to your child. It was also a great performance by Brittany Murphy without a doubt.

It’s a bit ironic to see this movie on such a list, isn’t it? The whole idea of this movie was that aliens were testing the human race to see how strong the bond is between adults and their children, and the main character, played by Julianne Moore, was able to convince the aliens that she remembered her son no matter how many memories they erased. It does speak to the idea that men can forget a lot easier than women, but there is a bit of sense to that really considering that for nine months women have to undergo the process of feeling a new life come into being.

It’s easy to forget movies, but it’s just as easy to remember them.