Home
Movies
Five of the Most Memorable Drug Addicts in Movies 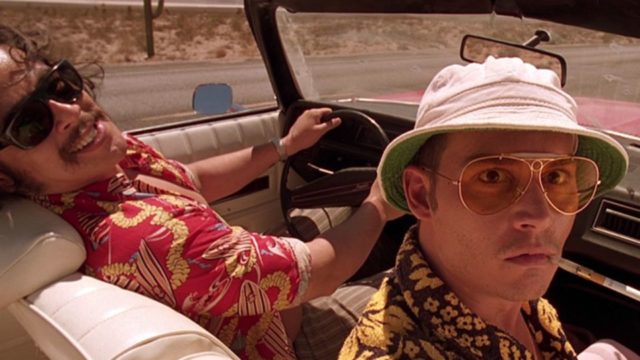 Addiction in any form is never pretty. It’s a nasty, destructive thing that can tear families apart and take hard-working, successful people from a place of security to the deepest, darkest gutter from which they might never recover. In short, it’s a hell of one’s own making that doesn’t let go once it’s firmly established. Kicking any addiction often takes years and the type of diligence that seems impossible to maintain. In movies addiction is often seen as something that is manageable, humorous, or even workable. In reality though it is anything but.

Even those that are best at hiding addictions can only do so for so long.Â  Here are five memorable drug addicts in film:

The one thing you can say about Vince is that he doesn’t indulge while he’s on the job. But is he addicted? Oh yes, most certainly yes. He not only has his favorite vice and poison of choice, but he has a dealer that happens to know what he likes and is on a first-name basis with him. He’s even comfortable talking to the guy about aspects of his personal life. He’s addicted even if he doesn’t act like it.

Don’t get high on your own supply. Unfortunately that seems to be a favorite saying instead of an actual rule. While he was in Freedomtown and shortly after Tony Montana had no real trouble with cocaine. Even if he could have scored he was too busy trying to make a name for himself on the streets. Once he made his way up though kilo after kilo of product started going up his nose in a blizzard of euphoria that led to one bad decision after another.

Raoul and Dr. Gonzo definitely tweaked on a wide variety of things but acid seemed to be one of their favorites. When Â the floor seems like it’s melting into the wall and anything else it’s joined to then you might have drug problem. If you have trouble focusing long enough to grab a valet ticket then you might have a serious drug problem. And if you can’t modulate your voice or form your words clearly enough to be understood, well you might just be drunk, but you could also have a serious drug problem.

Whether this was the reality of Jordan Belfort or not the guy admitted to being a serious drug user in his day, and quaaludes were the intended vehicle of self-destruction in this scene. The lemmons that he and Donnie took were so powerful that they took nearly an hour and a half to kick in, and when they did they kicked like a mule. To say this guy had a drug problem is is putting it lightly. He didn’t just have a monkey on his back, he King Kong bouncing around back there.

If this habit ever affected Ray Charles’ music then a lot of fans didn’t notice. But the scratching, the twitching, the restlessness, and everything else never really went away. Ray was pretty open about his heroin addiction, and the movie did a fair job of showing it.

Drug addicts in the movies are often shown in a vaguely humorous to horrifying light, but the point is usually made that addiction is not a pretty thing.