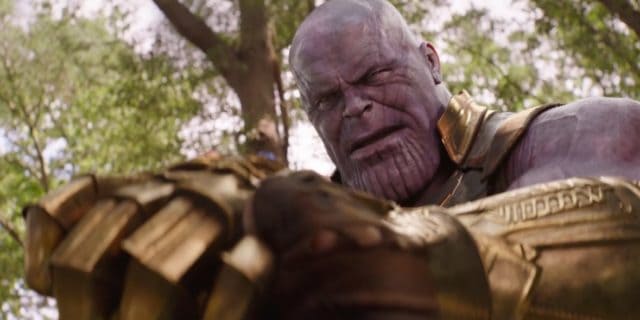 It’s interesting to see how deaths in Marvel comics vs. the deaths in the MCU differ and of course it’s also interesting to see who actually dies between the two as well. For instance there have been multiple deaths of many characters in the comics but they’ve always come back somehow because of alternate timelines, differing stories, or just, comics. Yeah, that’s right, ‘comics’ is basically its own explanation. But however it happens, the Marvel movie deaths that have come at the hands of both heroes and villains have been astounding so far since some of the most beloved characters have been put on the chopping block without reprieve and the manner in which some characters have met their demise has managed to make many fans back up a step while muttering the ever-popular, “What the…?!” You can fill in the expletive if you’d like.

But really, some of these did come as kind of a shock. Here are just a few of the top Marvel movie deaths that have occurred so far.

Loki always seems to be getting on the wrong side of, well, everyone. Let’s face it, he’s the god of mischief and that’s just his nature, but Thanos is a guy that doesn’t really play around and he certainly doesn’t appreciate a good joke now and then. Everyone absolutely lost their minds when they figured out that Loki might very well not be coming back in the next Avengers movie no matter if the power of the Infinity Gauntlet is reversed. Keep in mind, he was killed before Thanos snapped his fingers, so unless someone puts on the glove and wishes everything as it was then he’s still dead. Otherwise it becomes a chance to rewrite the entire MCU.

Yondu’s death is easy to get sad about because as repugnant as he was for much of the first and even part of the second movie he did still become a kind of grizzled character that people could at least come to like. The fact remains that unlike the comics, and the original Guardians (yes, before Star Lord) Yondu was an entirely different character. With the overhaul he became a very Merle-like character, Walking Dead fans will get that one, and wasn’t really the good or the bad guy. He was a survivor for the most part, someone that did what he had to do in order to stay alive. The fact that they killed him off in the second movie is kind of surprising.

You either like Wolverine or you don’t. Some people think he’s overrated….well we won’t go into that long argument but the truth is that he’s been a very loved character for a long, long time. And given that he’s one of the oldest earth-bound characters that’s gained a serious following it’s hard to think that they’re going to let him just kick the bucket without finding a way to work in a prequel or two that will lead into his later years. The great part is that he did go out fighting, kind of, but the part that’s hard to believe is that he was dying anyway from adamantium poisoning. Basically the same material that made his skeleton indestructible was killing him slowly, so he would have gone out eventually.

Vision’s death shouldn’t be a surprise and to be honest it really isn’t. But the way it was done was kind of shocking since it leaves his reappearance up in the air even though a lot of people think he’ll be coming back. Thanos did leave his body intact after all, but with a huge hole in his forehead. In the Infinity Gauntlet comic it’s also worth noting that Vision died at Thanos’ hands, but instead of having the gem ripped out of his head, Thanos tore his electronic guts out and ended him. Of course in the comics Vision wasn’t the bearer of the Soul gem either. So he could come back, but his death is still kind of a shock.

This death was kind of a shock since it makes a lot of fans think that Marvel was taking a humongous amount of artistic license with Infinity War, especially given that in the Infinity Gauntlet series Gamorra doesn’t die. In fact she has limited, if any, contact with Thanos throughout the battle that goes on in outer space. In fact during the original comic series Gamorra is given one of the Infinity stones after Adam Warlock wrests the gauntlet away from the Thanos and the mad titan supposedly destroys himself. So yes, her death is one that’s very surprising, but it’s also one that seems like it will be reversed when Avengers 4 comes out.

There are plenty of other Marvel movie deaths that are a shock to the fans. How many others can you recall?