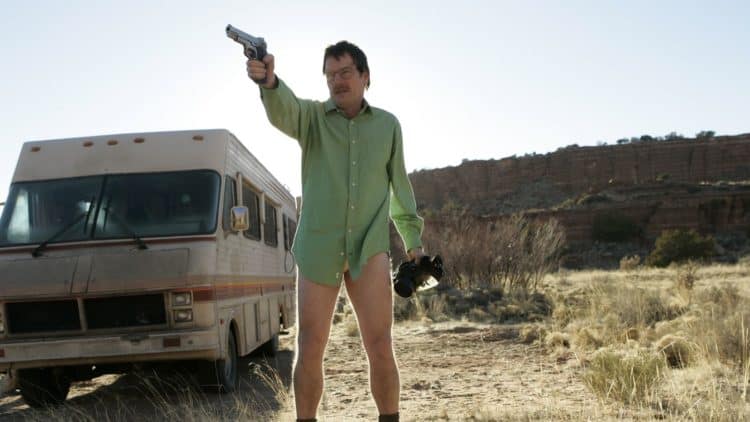 Cold opens usually have something to do with the overall story that’s about to be told but sometimes it’s not as apparent as one might think. Then again, there are times when the main point is made within those first few moments that something is about to happen. The funniest cold open moments are those that make a person want to see more just for the opportunity to laugh, but the best dramatic cold opens are those that get your pulse pounding and make you want to see more since you simply know that things are about to pop off in a big way and you don’t want to miss what’s coming next. In some cases, it’s hard to figure out how the cold open really connects to the overall story, but if you take note of the broad strokes that are being used since that’s how cold opens usually operate, you might be able to put two and two together and get an idea of what to expect since the writers aren’t out to confuse the audience to no end, but they’re not bound to give everything away all at once.

With that in mind, here are some of the best dramatic cold opens that have been seen on TV.

After hearing Johnny say that Kreese was dead it was kind of a disappointment since very few people wanted to see Daniel LaRusso be the main antagonist in this show, and Johnny Lawrence was supposed to be on a redemption arc that would turn him into a better person. But when the end of season one rolled around and Kreese was suddenly there and a part of Johnny’s life again it was as though another piece of the puzzle clicked into place and things were suddenly on track to become even better than they’d been to start with. Obviously becoming a merciful person hasn’t really helped Johnny that much, but seeing as how leading into season three he’s lost his dojo and his students, it’s fair to say that his compassion for Kreese might go away quickly.

SOA had a habit of using cold opens to step into a lot of episodes since it helped to build up the narrative and introduce a few things that could be taken care of in a matter of minutes instead of switching gears at some point in the episode. Patching in Rat Boy was a funny way to start this episode since it was kind of a side thought, or at least it was treated as such. But if anyone knows anything about biker culture, there are plenty of myths and falsehoods, it’s that when you’re asked to take off the cut, your vest in other words, by the president of your chapter, there’s bound to be a reason.

All one really has to do is note the scientist running for his life from something we can’t see to know that there’s something wrong with this picture and something terrible happened. After that everything that comes before the opening credits roll is enough to tell the viewer that something wicked is coming this way and that the town of Hawkins is going to get seriously messed up in one way or another. The thing about lab experiments gone wrong is that they rarely stay contained to one location unless of course, you’re talking about a movie like Doom, then there aren’t a lot of places for the problem to go.

It’s cold, there’s no one around, and there are bodies disappearing when a person turns away. Why in the world would anyone think that it’s a good idea to stay out there and keep searching? Arrogance is a big part of this story and it managed to get a lot of people killed in a lot of interesting and terrifying ways since the moment you see someone with glowing eyes is probably the moment you should start running and hope that they’re not fast enough to catch you. As it is, this opening to GoT was terrifying enough and confusing enough to get a lot of people to sit their butt down and stick around for a while.

This show was just a thrill ride from the word go since it started out wild and didn’t really slow down that often to let people catch their breath. The crazed RV ride that was finally explained at one point was simply nuts, and a guy standing in the middle of a back road with a gun pointed back the way he’d come and in his underpants was something that you just don’t see every day. But Bryan Cranston pulled this role off in such a great way that it made him a legend overnight.

Cold opens are a great way to get someone’s attention.