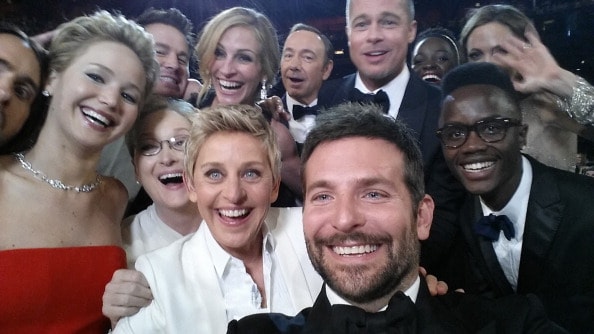 So far it’s just a rumor that James Corden might be filling Ellen’s spot as it’s been tossed around quite a bit lately that the talk show hostess has been less than cordial when it comes to the work environment and might just be asked to step down eventually. While some people are pulling for Corden, others are taking a different tactic and pulling for just about anyone else that’s not Corden or Ellen and are making their voices heard. However much truth is left in Hollywood, it’s hard to tell these days, the fact appears to be that Ellen is pretty much on her way out the door and the network will need someone to fill her spot. One thing you can likely count on is that whoever does manage to take her seat will say a few kind parting words that some folks might buy and others might state are utter nonsense, or Ellen will disappear without another peep. Yeah, that last one doesn’t sound that likely, does it? But however it happens one thing is clear, people aren’t really lining up to back Ellen as much as they are to state their pick of who they want to see replace her.

Here are a few of the more popular names that people have been talking about.

Tiffany has been making her way up as an actress and a comedian for years and her attitude is the type that might be able to get a lot of people on board with her casting if such a thing were to happen. In fact, she’s one of those that has been mentioned more than once since this whole mess started, which kind of indicates the faith that a lot of people have in her. Whoever takes over it does appear that it’s going to be someone with a very different attitude than Ellen, as the picks that have been coming up are generally people that are extremely sarcastic on screen and know how to make it work, but can be genuine as well.

It definitely feels that there would be a huge uproar, a positive one if this was to ever happen. But the likelihood of it is kind of slim it feels like since watching Michelle Obama come onto a show where her salary might be slightly less than she gets for public speaking would be kind of confusing. Unless the network was willing to give her a great deal and a lot of freedom with what she could say and do it doesn’t feel likely that such a thing would come to pass. A lot of people would love to see it, however, as many folks have been chiming in stating how great it would be if such a thing happened.

It almost feels as though a lot of people would lose their minds if this happened and many others would recoil in shock if Seinfeld was able to overtake Ellen and make his own show. It might not be the worst idea in the world, but it would definitely be kind of iffy since Jerry has been a comedian and an actor for a while, but being a talk show host might be a little different. His acerbic sense of humor wouldn’t be that bad really and his ability to talk to others would be a boon, but it does appear as if the show might be lacking in something that people might pick up on.

Sarcasm and wit would likely define Ali Wong’s time on a talk show and would undoubtedly be one of the main themes since just listening to her act one can almost imagine that she’s sending out strong vibes that either make a person feel what she’s saying or will make them laugh aloud as a result of what she’s saying. To state that she’s not for everyone when it comes to her humor is pretty obvious, but all in all, she’s still a funny person that could possibly run her own show if she were given the chance.

Seeing as how Aisha Tyler ha already been a hostess it feels that she might be suited for the job if she wanted it. But then that’s the trick, it’s IF she wants it. This would be a prestigious spot to anyone that could make it work, and it’s very likely that she would be one of those that could rock the show in a big way and bring her own style of comedy and personality to it. But it does feel as though James Corden might be the favorite to take the spot, even if some folks are thinking that it would be great to see someone else step in and assume the role.

However this turns out it feels as though people could be getting a very experienced and very different host.