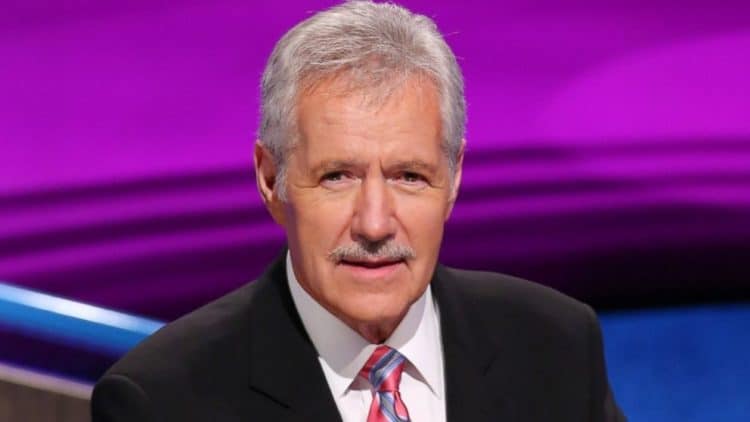 This is Jeopardy! For thirty-five years, we’ve adored Jeopardy and Alex Trebek as well. Our hearts go out to Alex, who has been struggling with his stage four pancreatic cancer diagnosis for some time. Los Angeles CBS reported that he would soon undergo another round of chemotherapy. The host has been struggling with sores in his mouth that make it increasingly challenging to enunciate his words. If he does leave the show, we will certainly miss him and wish him all the best for a speedy recovery. In light of his announcement, we may soon be seeing a new Jeopardy host. We certainly hope he pulls through, and we’ll be rooting for another thirty-five years of Alex, at least. Regardless of the real-world result, we had to ask ourselves who we’d pick to inherit the show from the beloved star. After all, even a person in perfect health can’t live forever. Here are our top five picks for people we’d like to see host Jeopardy, just not too soon.

Though she first came to our attention as a child star on the horror movie Pumpkinhead (1988), she went on to star in Blossom. We’ve always loved Mayim and followed her career with great interest and admiration. Here is one actress who brings a whole lot more than just her pretty face to the table. Mayim played a genius on TV as Amy, the love interest and costar alongside Sheldon Cooper in the Big Bang Theory, but this savvy lady didn’t have to fake the brains. Mayim holds a B.S. in Neuroscience, and we think that she’d make a perfect Jeopardy hostess. Given that she studied the human mind, being on a show that is all about one of the odd ways it works seems ideal. We know she’s had a long and storied career as an actress, and we’re sure she’s more than up to the task. Though she’s already booked for acting gigs and always highly in demand, we couldn’t think of a better person to inherit the Jeopardy crown than Mayim.

The talented and handsome David Burtka is our second pick for this list. Something about him reminds us of the elegant comportment of Alex Trebek, though it’s hard to pin down precisely what makes us feel that way. In addition to his acting career, David is a professional chef. He has a culinary arts degree from Pasadena’s Le Cordon Bleu and trained at Batali’s New York under none other than famed chef Mario Batali himself. More than just a star and a celebrity chef, according to Davids’ IMDB bio, the most important thing for him is his family. He’s the father of twins Gideon Scott and Harper Grace, who he shares with his husband of five years and long-time partner Neil Patrick Harris. We considered putting Neil on this list too, but he seems to be having so much fun doing comedy we wouldn’t want to draw him away from that lest we lose out on more NPH hilarity. Regardless, we think family-centric David would be a stellar Jeopardy host.

She’s lovely, funny and friendly with Pen and Teller, Alyson Hannigan is one of our favorite celebs. It doesn’t hurt that she has hosting experience too. Though many fans know Alyson from her time playing a witch on Buffy the Vampire Slayer, her host gig was on the Penn and Teller show Fool Us. As it turns out, Alyson is a massive fan of stage magic. We thought she was a delightful hostess, and we’d like to see her do more hosting. Jeopardy is the perfect opportunity for an actress like Alyson to take on that role again. We think she’d be a lot of fun to watch and something about her has always seemed both modern and classical so she’d be a great fit.

Child dance prodigy and perennial host extraordinaire Mario Lopez had to be on our list for hosting just about any show. We first got to know him as Slader in Saved By The Bell, but he’s far more than a handsome face. Additionally, his 1989 role in Saved By the Bell was far from his first. Mario started acting in 1984 when he was in an episode of Simon and Simon. Since then, he’s been in dozens of shows and movies. Mario’s first hosting gig was back in 1995. He hosted the second season of Masters of the Maze. Lopez has since gone on to host at least a half dozen shows, making him the most experienced host on our list. We’re sure he’d make a delightful trivia host, though he just signed on to co-host Access Holywood so he may not be available.

Jennifer is best known for her voice, but we know she’s talented in other ways too. As Effie White in Dreamgirls, we got to see the actress in her shine. Jennifer may not have won American Idol, but it didn’t stop her voice. We’re not sure if anything ever could. Now she uses that same talent to host ‘Hatch Day’ annually with her sister. They honor their murdered family members by taking control of their narrative and changing how they handle that tragedy. Instead of mourning, they founded the Julian D. King Gift Foundation and give out school supplies for the coming year to Chicago youth. Anyone with that much passion and voice to share would make an outstanding hostess to carry on the Jeopardy tradition.

We were very torn on this topic. The idea of replacing Alex Trebek is almost inconceivable after all this time. Everyone knows the song and has watched the show at some point. Jeopardy and Alex have been a part of American TV for generations quite literally. However, we recognize that his health is more important than the job he clearly loves. We’re glad Alex is doing whatever he can to heal and perhaps even beat this diagnosis. We hope he would approve of our picks for alternate hosts for the show. Who would you like to see get a shot at hosting Jeopardy? Let us know in the comments.