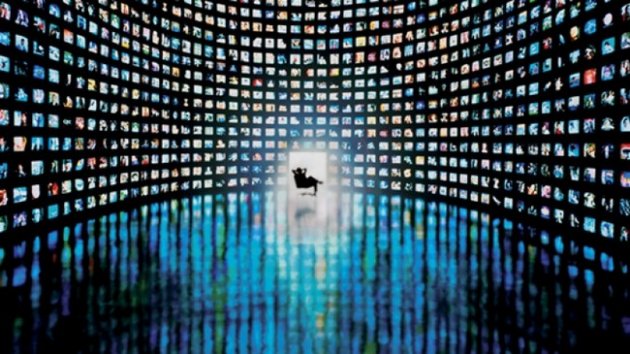 TV is changing, whether the cable companies and networks want to acknowledge it or not. Many think the format will disappear, but me? I think it’s going to evolve. Here are five possible scenarios I see for the future of TV. Some are great, some have problems and some are stupid. Check them out below:

1. It Stays Exactly the Same

This isn’t really a viable option lest TV collapse altogether. We’re now reaching a point where young people don’t even buy cable because Netflix and Hulu Plus are good enough online. Older people are starting to feel ripped off as well, and so change is in the air. But is it? TV has been going strong in its current format for a long while now, and it’s tough to imagine the traditional broadcast channel model going away any time soon.

2. We Pay by the Channel

This is an option that many suggest, as right now weÂ  all pay a ton of money a month while we watch only 5% of our channels 5% of the time. Shouldn’t we get to choose the channels we like? The problem with that is that each channel by itself would probably be pretty pricy (its way cable channels are so expensive) as they’re not being supported by those who don’t want them. In the end, you might be paying $50 for four channels when $20 would just get you the full line-up of 200.

This goes one step further and allows for the idea that consumers could simply pay when they wanted to watch a show. It’s how itTunes. This is a great model for a few reasons, namely greatly lowered costs, but it leads to another question. How do new shows get discovered? It would have to be entirely through word of mouth, as at least being on a network guarantees SOME viewers, but who’s going to pay $2 to watch a show no one has ever heard of?

HBO Go is the best way I’ve seen for a channel to bridge the gap between TV and the internet, and I think this is the best possible option. Subscribing to the network (as seen in option 2) gives you access to not only the channel, but EVERY show in its library, viewable on any device you have, be it the TV or your PC or an iPad. It’s truly fantastic and I think it’s the way we should be headed.

This is what the cable companies would have you believe, but it will never be the case. Yes, there’s a lot of TV piracy, but the numbers are hugely overstated and don’t actually translate to lost sales. Sometimes people may download a show even if they DO have cable, just because they forgot to record it, or they want to see something that was on a while ago. That said, many non-subscribers pirate because cable is just TOOÂ  EXPENSIVE as seen in option 1, and this is why a change could really help combat piracy.