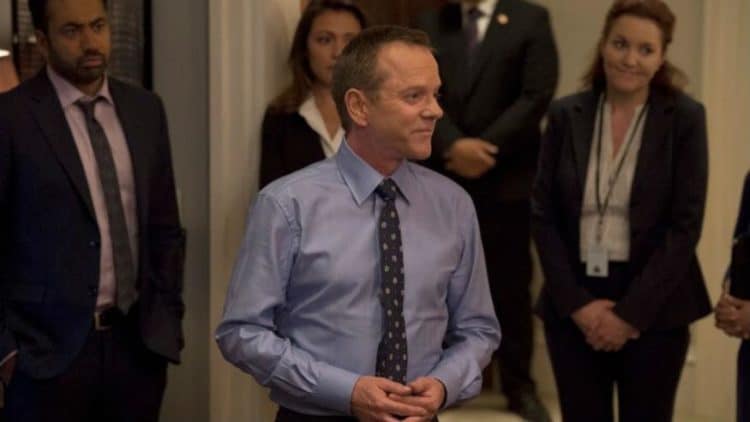 Shows featuring those that are portraying presidents are usually shown in a very common manner, and when it comes to the First Lady it’s likely that the pendulum might swing one way or the other. The upcoming anthology series The First Lady is going to be blowing the lid off of this subject as one can guess as Eleanor Roosevelt, Betty Ford, and Michelle Obama will be the main characters that are focused on in the series, though it’s easy to think that others will be covered throughout the series. How they’ll be covered is anyone’s guess since likely as not we’re bound to see that Republicans might be cast in a moderate to negative light as it tends to happen at times. Nope, I’m not talking politics, simply representation, as in the idea that the ideals of those making the anthology might be expressed loud and clear if one knows how to pay attention.

Here are a few predictions about The First Lady that don’t feel too radical.

5. Gerald Ford might not be cast in the best light.

A person can say and think anything they want about a president, but the hope is that, outside of a comedy show, that a president will be given a fair representation in a TV show or a movie. It’s one thing if it’s meant to be a comedy and therefore a parody of a president, but this sounds more like a drama, so hopefully those behind the camera remember that and don’t let personal bias interfere one way or the other. If such a thing does happen it’s fair to think that the audience, at least part of them, might consider changing the station or finding another show to watch since a dramatic portrayal kind of needs to be a little more honest.

4. One way or another, someone will be offended by each representation.

We are in the age in which people get offended by the types of things that a lot of folks used to shrug off without a second thought. But whether it happens in a way that’s easy to brush off or becomes an issue, it does feel that someone is going to be offended by something that this anthology has to offer. It’s doubtful that the show is trying to cause a further schism in the nation, but if things don’t go well and it ends up happening that people try to get the show canceled it won’t be much of a surprise, especially since many people might wonder why certain presidential runs aren’t being highlighted.

3. The show is going to take a lot of liberties with the truth.

This is kind of expected since anything that is based on real-life is bound to take some liberties with the truth in the name of entertainment. If everything went just as it did in reality then the program might be pretty dull and not worth watching, since people would have already seen the real thing on the news. But since this is a take on how much influence the First Lady has had throughout the years, one can’t help but think that what is looked at as ‘truth’ is going to be from a certain point of view, and will have a lot of caveats attached to it. It’s not lying really, it’s simply exaggerating that’s to be expected.

2. The commentary is going to be fast and furious.

1. At some point someone is going to ask ‘What about Jackie Kennedy?’.

People have to know that this is coming since there’s no way that the audience is going to forget one of the most famous First Lady’s of all time. Nor is it likely that people are going to be that forgiving that she’s not one of the main characters, though it does feel as though she might make an appearance all the same. If people ever say that she wasn’t important then it’s a sure bet that folks actually are trying to rewrite history, since Jackie O. was one of the most well-known First Ladies to ever make her way to the White House.

This show ought to be interesting.