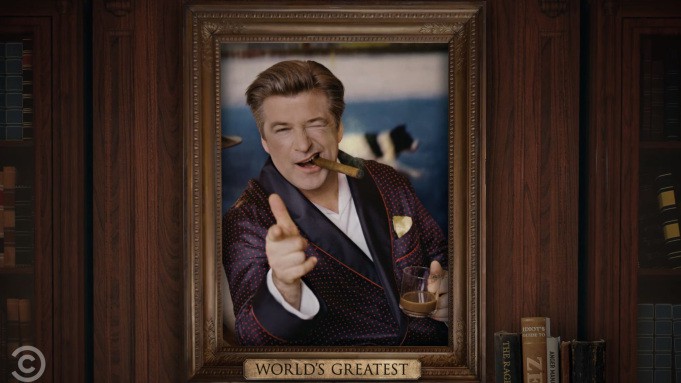 It was bound to happen, but it’s also something that some folks have been looking forward to for a while now. Greg Evans of Deadline and many others are excitedly looking forward to this monumental date since among many celebrities Alec Baldwin is among those that some feel needs to be knocked down a few pegs. While some people feel that it might get out of hand since obviously Baldwin has a few different moments in his life that he doesn’t want being broadcast, Mick Joest from Cinema Blend does remind us that a lot of what goes on air is likely going to be edited just in case something gets said that’s so far out of bounds that it can’t be allowed. If that does happen however it might mean that Baldwin forgot just what a roast is supposed to be like, or he might have forgotten a few of the things he’s and done throughout the years.

Here are just a few predictions about what might happen.

5. His SNL appearances are going to be a big part of the roast.

He’s hosted the show a whopping 17 times and been a big part of a lot of different sketches that have taken on a lot of different content. But of course you know what might really be targeted will be a few select roles since they’ve been deemed to be controversial, funny, and somehow worth taking seriously by some folks. One thing that anyone who has watched Baldwin for so long knows too well is that he’s not the kind of guy that has a lot of shame when it comes to his acting. The guy’s been so insanely popular for so long that it’s easy to see why, his ego has been one of his biggest trademarks for years.

4. Someone is going to make a quip about his most recent fight.

As Maeve McDermott of USA Today reminds us he did get in an altercation over a parking spot not long ago and was arrested for it. This is no doubt going to be used as ammunition in the roast and will no doubt be touched upon by more than one of the roasters. It might be interesting to see how the roasters use each and every angle in order to really use this tidbit as much as they possibly can, though it might last for a couple of minutes and no more. When you think about how many different moments in Baldwin’s life there are to use as viable material you can imagine that the roasters will use this but not in an extensive manner.

3. Alec is going to laugh heartily at everything that’s said.

His ego is still as strong as it ever was since he’s made it clear throughout the years that no matter if a person likes him or not it doesn’t matter since he’s one of the most famous people in the world. It is true to be honest since for so long he has been one of the biggest name in Hollywood, but his ego might also be the downfall that allows the roast to hit home. Whether he really allows anything to get under his skin it still seems that he’s going to laugh and give the roasters the look that suggests that he’s tearing them to pieces in his mind even as he’s smiling at them on the outside.

2. There will be a healthy number of Donald Trump jokes.

This has been a big part of his act for a while now so you can imagine that they’re going to come forth in a deluge for a little bit since he’s made it part of his career to really make Trump look ridiculous through one joke after another. In all fairness they’re jokes, not meant to be taken as something serious and worthy of anything beyond SNL, but there are plenty of people that still think that it’s worthy of their hatred. But it does seem as though the roasters are going to latch onto this and make it into a part of their routine despite the fact that it’s such low-hanging fruit. In fact those that aren’t comedians might be the first to resort to this.

Okay this is kind of a gimme since a roast isn’t meant to be a gentle or kind-hearted meeting of minds to congratulate the person in the hot seat. But with Alec Baldwin it would seem that it’s going to have to be insanely savage since his ego is like a shield that allows him to simply laugh away a great deal without feeling the burn that people will be trying to apply. Seriously, this guy seems to be almost immune to anything less than a career-ending moment.

It’s going to be epic, count on it.