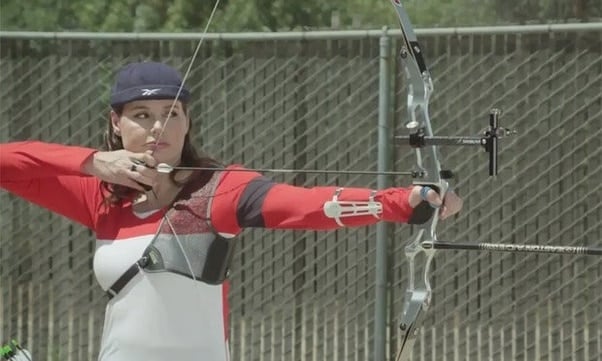 There are a lot of things that we hear about actors and tend to come to think about them through gossip, rumors, and whatever else might be blasted over the news. But what we don’t always hear about is that a lot of them are extremely talented in other ways apart from acting. One has to remember that actors are just people at the end of the day and they have varied interests just as much as anyone else, and hobbies, and talents that tend to take up their time as well. Some of the hobbies and talents might actually be kind of surprising, but others are kind of easy to see since they speak a lot to the character of the actor and who they are on screen at times. There are talents that some actors have that are kind of interesting and facts that go along with some of them that are flat out amazing. It’s important to remember that as famous as they are and as talented as they appear on the screen, a lot of actors are still just people that have other interests too.

Here are some of the talents of the Hollywood elite.

5. Margot Robbie is a tattoo artist.

She’s more than just a pretty, psychotic face obviously since she’s been in more than one role throughout the length of her career. But apparently she’s also pretty good when it comes to body art as well since she knows her way around a tattoo gun as well. Imagine being able to say that you got your ink from the woman that played Harley Quinn on the big screen, that would be a kick and a half. But it’s kind of obvious that she doesn’t get the chance to practice her craft all the time since she’s a fairly busy woman on-screen considering that she’s one of the top leading ladies in the industry at this time.

4. Geena Davis was in line to try out for the Olympics in archery.

Picking up a bow and firing an arrow with any accuracy is hard enough, but to be good enough to head to the Olympic trials is impressive. Geena Davis hasn’t really shown this skill in the movies and it’s kind of hard to imagine why since it would be great to see her impress the audience with this kind of skill. Maybe it’s something that she wants to keep to herself, or maybe there’s another reason for it, but the fact is that this is still highly impressive and to think that she wasn’t that far from making the Olympics is even more. If you think it’s that easy, pick up a bow and arrow sometime and find out how easy it isn’t, especially from a respectable distance.

3. Pierce Brosnan has been a fire-eater.

This is hard to watch sometimes since to be fair the idea of sticking anything in your mouth when its aflame is kind of difficult to even fathom. And yet Pierce Brosnan has done this before and has made it look simple. There is a trick to this obviously and a lot of it has to do with showmanship and the quickness of the fire-eater since otherwise, it would invite horrendous injury and a lot of lawsuits that would likely be the end of the skill. But the way that Brosnan managed to do it was masterful enough that people were rightfully impressed and managed to find his act convincing.

This is pretty easy to see since NPH is such a talented showman, but it’s also a little bit of a surprise since the guy that became so famous by playing Doogie Howser has usually been known as the titular doctor for a long time or as Barney on How I Met Your Mother, or as kind of a jerk in other movies. But obviously his ability to entertain the audience took on a different turn at some point since magicians are still fun to watch provided that they know how to work the crowd and show them something that will blow them away or at the very least keep them laughing and in a good mood.

1. Steve Martin is a Bluegrass musician.

Steve Martin has been a huge talent for a long time and he’s been just as good at comedy as he is at drama, but his musical talents are something that a lot of people still don’t know about. He’s actually won a couple of Grammy’s due to this as well, proving that he’s quite good at what he does. This is the same guy that played the rhythm-less Jerk and has been keeping people laughing for decades, and on top of all that he’s a musician. That’s pretty impressive.

Keep in mind,  the stars do other things besides acting to pass the time.