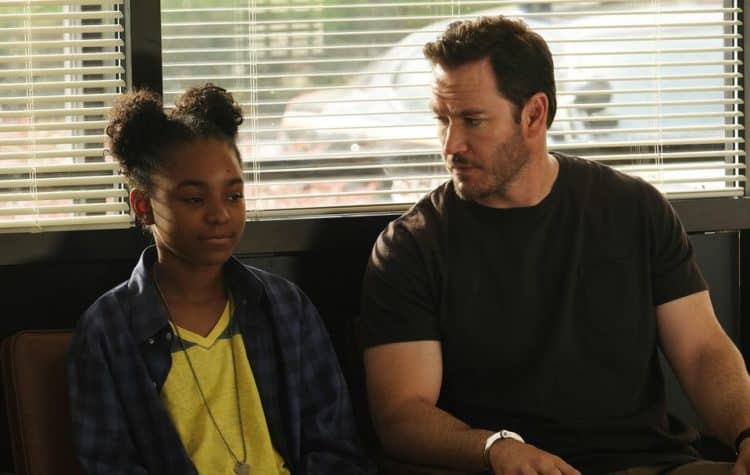 In a lot of cases the transition of a novel to a TV show or a movie is something that tends to be kind of ugly and also ticks off a lot of fans since those that have read the book, or books depending on the series, want to see what they’ve pictured in their minds come to pass. Too often it’s been seen that the transition is kind of rocky and leaves out a lot of stuff or adds in things that were never there in the first place for added value that ends up confusing people who have followed the story and yet can’t recall certain elements having anything to do with it. So far though with The Passage the whole idea of Justin Cronin’s novels is being explored in a way that makes sense as it hasn’t really deviated that much from the main plot and has kept a great deal of what people remember from the novels. This no doubt makes some fans happy while others might want to see a little more correlation. The latter likely won’t happen all that much since if you want the truth, novels need to be pared down in order to make a show or a movie work, as sticking everything in just the way it’s written doesn’t always come out the way people want, and it tends to lengthen a project in such a way that the budget increases can’t be supported and the story begins to drag on and on until even the most diehard fans lose interest.

5. It stuck to a TV adaptation.

The project didn’t even get pinned down for TV until 2016, while the novel was published in 2010. There was a pilot, reshoots, and by the time the trailer came out in 2018 it was pretty clear that the three-part series wasn’t going to look just the way that fans wanted it to. The explanation was that the story had been slowed down in order to understand the intentions of the characters and how their decisions affected the world around them. For those that are going in blind without ever having read the books it’s not an easy explanation to absorb all at once since the time-jumps, apocalyptic overtones, and the use of vampires is enough to confuse pretty much anyone unless they’ve read the books and know what’s coming. This is a big part of why the novels weren’t able to used in movie form, since it would take too long to develop and too many people would be lost as to what was going on.

4. It’s not cramming everything together.

So far in the show the relationships between characters is being stressed by at the same it’s not really certain just how long it will stick around since the idea is that some characters might not stick around too long as per the novel and others will be there for the long haul. At this point it sounds as though the first season to be the present, while the second and third will venture into the other books and show the progression of the story as it moves along. The fact that it might not make sense is going to be addressed throughout the filming aspect as those that have read the books will no doubt have some basis to follow in order to avoid getting lost, while those that haven’t might need to pay closer attention and simply keep up as much as they can. At this point though it might be a good idea to start reading and hope to catch up before the show progresses too far.

3. The show is parsing out the novel as much as possible.

Cronin has admitted that his goal with these books was to use the biggest canvas he could find, metaphorically-speaking, and create a world that would span at least a millennia or more. He’s actually in favor of condensing the story to fit the idea of a TV series as even he didn’t think it would be adaptable. It’s pretty common to think that a novel of any size, meaning past three hundred pages or more, might have too much content to be adaptable in movie form. But thankfully TV does have a little more leeway as despite the fact that some effects are less effective than they are in the movies, the room to expand and at least capture a greater amount of the story is possible within a series rather than a single movie.

2. Cronin is taking a step back.

The only thing that could hurt the series, or possibly make it better, is that Cronin isn’t all that excited about adding his input to the TV adaptation since he watches TV but doesn’t know how to make it. While it shows a great amount of humility in the face of something he doesn’t practice it’s also a quality that could perhaps help flesh out the story just a little bit more if, and when, it’s needed.

This is perhaps one of the biggest pet peeves of authors and fans everywhere. When a story makes it to TV and the source material is virtually ignored it’s almost like a slap in the face since it means that the director and the writers in charge of converting the novel are completely disregarding what made the story special in the first place. So far The Passage has had to work through a lot of material, but it hasn’t sacrificed the core concept at all.