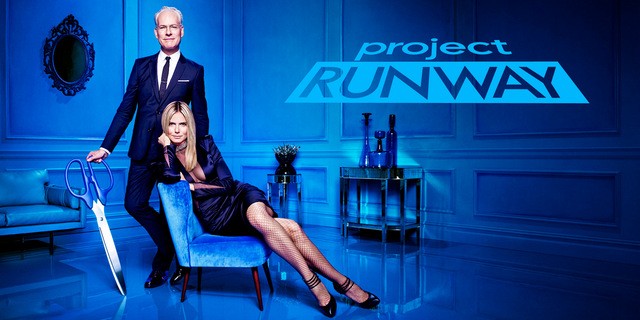 Being around for 16 seasons on television is no joke. It’s a true reflection of how successful a show can be; after all, not many shows get to that point. Project Runway was the diamond in the reality TV rough when it started so many moons ago, and it’s been cut and polished to the show that it is now. However, as successful as the show has been and continuous to be, Project Runway is actually a fairly dangerous thing for TV and for its audience. We’ve listed 5 reasons why, and you should pay attention.

This is something we inherently know but tend to ignore the more we watch Project Runway. Week after week, we see people just like us creating all sorts of different fashion designs, and we think we can do better than they can. The many things that the inspiring designers come up with and do, we feel we can do just a little bit more. We forget that sewing is not an easy thing to do. No, it’s not easy at all. Yet we still go ahead and buy a machine thinking we can run a stitch right away just like the designers do.

We know that the designers work hard to win the competition. Sometimes, they’ll work nonstop for hours just to finish a project. However, the fashion industry is way more than just a few nonstop working hours. The fashion industry requires constant time and dedication in order to succeed. The designers on the show had been designing and creating long before they got in the show, and they’ll do the same, if not more, afterwards. Much to the disappointment of the show’s fans, there’s just no such thing as an instant fashion designer.

3. It gives people an incomplete and sometimes false generalization of the industry.

Project Runway is not the final word in fashion. Many people who watch the show believe that whatever the judges say are all that matters in the industry. The designers trust them, and so we trust them too. But the world of fashion is so wide and diverse; it hardly could be contained in one reality show. The opinions of the judges are all that they are: opinions.

Some aspiring designers who have watched the show have also probably exclaimed the fact that they can do it also. Some designers who are fans of the show sometimes feel that all they need is the show to propel them forward and that the show is their only hope. This is far from being the truth, and honestly, there are better ways for designers to dream.

The show claims to make designers into the next big thing in fashion; however, in the 16 years it’s been running, Project Runway has yet to produce or transform an average designer into one for the big leagues. Even Christian Siriano, possibly the most famous alumni, can’t compete with the biggest names in the fashion industry regardless of the amount of success he’s amassed since the show. One true success story out of 16 seasons is terrible statistic, and if you’re trying to be a fashion designer, you know that Project Runway is not the way to go.