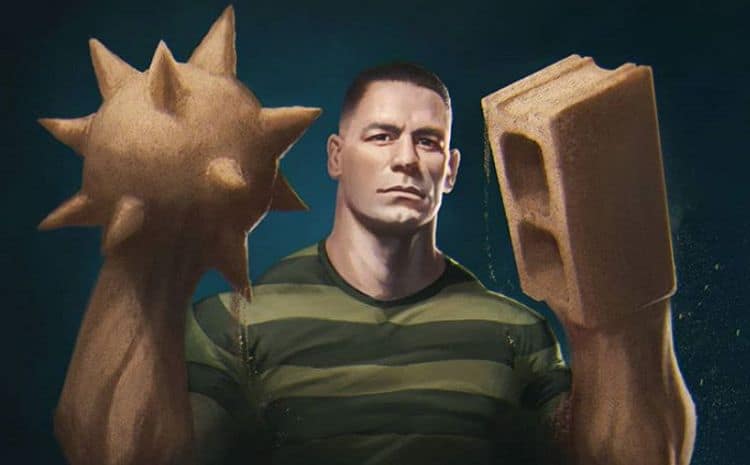 The reality of the Sandman, aka Flint Marko, from the Spider-Man comics, is that he’s been a hero and a villain alternately throughout his history, and in the third movie brought up by Sam Raimi he was kind of a sympathetic character that was trying to take care of his daughter but went about it the wrong way. But bringing John Cena into this role sounds like a good idea, though there are likely several musclebound characters he could play. As Marko, he could probably excel since in reality, Sandman is a walking, sentient construct since every part of his body down to the last cell has been replaced by sand particles, of which he has complete control. That means he can be hard as rock or can be blown away on the wind depending on his given thought at that moment. Casting John Cena as Sandman is an interesting choice since it’s not a bad idea in the least, especially since he has the acting cred and the look to pull it off.

Here are a few reasons why John Cena might make a great Sandman.

In the comics, Sandman was always a big guy with plenty of muscle and who looked as though he could pack a pretty heavy wallop. With the powers he has this is more than true since Spider-Man has gone up against Marko before and found it exceedingly difficult to deal with him until he found his weakness. But Cena has the big, bulky look that he needs and with his hair shaved down as his custom a lot of times, it does feel that he could create the look that would work perfectly for Marko. Obviously everything would be CGI, but for the actual acting and practical effects, Cena would be perfect.

4. It’d be nice to see him integrate into comic book movies in a bigger way.

He’s already taking a role in James Gunn’s revived Suicide Squad, but it would be great to see what else Cena can do since he’s been coming up in a big way when it comes to his time on screen. While he’s not nearly as big as Dwayne Johnson it’s likely that in a few years and with another few movies under his belt that things could change in a big way. There are plenty of heavily-muscled heroes and villains that Cena could probably take on, but it would be kind of interesting to find one that would fit him perfectly and see how far it could be taken. USAgent would even be a good fit it feels.

3. His acting ability needs to be continually tested.

Right now Cena is a hot commodity in show business since he’s proving to be an action star that people are interested in signing. But as of yet, he hasn’t really broken into the acting scene in such a big way that he’s being seen in one movie after another. Keeping him on his toes and making sure that he’s getting better as an actor is important since without constant challenges it’s possible that he’ll hit a plateau and have no idea how to move forward, or won’t be interested in doing so. That doesn’t feel likely, but it’s always possible since there are plenty of individuals that tried and failed to make the transition from other areas to acting.

2. He’s come a long way since The Marine.

How many people remember his acting in The Marine? It was stiff, it was clunky, and it was about what people expected for a guy making his way from the WWE to the big screen, so it wasn’t necessary to give him a lot of hell for it. But the acting was pretty bad since it wasn’t a movie that a lot of people felt the need to put on a pedestal due to his acting. Since then he’s been getting better and better with every role he’s taken, and it’s likely that he’s more than ready to keep branching out and taking on more roles that can help him continue to advance his career as he shows what he can do.

1. John is a little more imposing than Thomas Haden Church.

Let’s not get this twisted, Thomas played a character that was easy to get into and was actually one of the better characters in the movie. But when placing him next to Cena, Thomas looks a bit like a welterweight in terms of size and girth. While Thomas is a good actor, his physical stature is more impressive when standing him next to smaller individuals such as Tobey Maguire. If Cena acted alongside Tom Holland it would look like David and Goliath.

So who else is ready to see this happen?